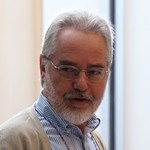 Brian’s research covers an extensive range of topics, including the interactions between public institutions, the private sector and development in Africa, East Asia and elsewhere. He is currently working on three ESID projects: ‘The political economy of agency-level performance in South Africa‘;  ‘The provision of basic education in South Africa: institutional and political challenges‘; and ‘The politics of state-business relations‘.