What reverses economic collapse and leads to rapid economic growth? 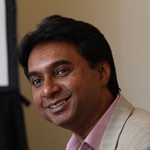 Better economic and political institutions matter in reversing growth collapse. Democratisation and improving state bureaucracy can help to take a country out of negative growth episodes. But for a country to transition from stable to rapid growth, economic institutions matter more than political. Specifically, improving the quality of property rights institutions – the rules and arrangements that determine how property is used and owned – can bring about rapid growth episodes.
A large literature has examined the role of institutions in explaining economic growth. While the earlier literature has examined the role of institutions in determining long-run per capita income, a ne w literature examines the determinants of growth accelerations and deceleration episodes – which are large discrete changes in medium term growth rates that are common in developing countries. Some of these studies examine the onset of growth accelerations while others examine the onset of growth decelerations. However, these studies look at only the timing of the shift in the growth rate (either as an acceleration or a deceleration), and the econometric methodology they use are probit models (where the year of the break is taken as one, with other years as zero) to study the likelihood a growth break occurring in a given year, for a set of correlates. An important limitation of these studies is that they do not differentiate between the different growth episodes that a country is transitioning from or to. For example, when a country moves from a growth collapse to rapid growth, it is a different growth transition qualitatively than when it moves to an episode with slightly positive but slow growth rates.
In a forthcoming ESID paper, Sabyasachi Kar, Lant Pritchett, Kunal Sen and I investigate the role of economic and political institutions in determining the likelihood of a country transitioning from one growth episode to another. In contrast to the previous literature, in this paper, we provide a richer characterisation of the growth process where a country may move between six different types of growth episodes, ranging from growth collapses to rapid growth episodes. By doing so, we are better able to capture the episodic nature of growth and that many countries tend to switch frequently between growth collapses to slow growth episodes to rapid growth episodes.
We differentiate between six types of growth episodes – from growth collapses (where the episode specific per capita real GDP growth rate, g, is -2 per year), to negative growth (g between -2 and 0), stagnation (g between 0 and +2), stable growth (g between +2 and +4), moderate growth (g between +4 and +6), and rapid growth (g over +6). Using multinomial logit models, in the context of a panel dataset of 125 countries from 1984 to 2010, we examine the likelihood of switching from one growth episode to another growth episode. We examine the role of contract viability (as a measure of the quality of economic institutions) and the role of democracy and bureaucratic quality (as measures of political institutions) in explaining the switches that countries experience between different types of growth episodes. The data on contract viability, democracy and bureaucratic quality are derived from the ICRG database (www.prsgroup.com).