Home Why is the quality of children's education in Rwanda surprisingly low?

Why is the quality of children's education in Rwanda surprisingly low? 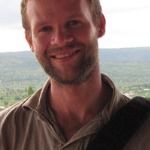 Dr Tim Williams
24 August 2016
When it comes to children’s education in Rwanda, the government is oriented towards action: it has set out a clear national vision for the development of the sector, coordinates well with civil society, and maintains high levels of accountability with little evidence of rent-seeking behaviour. But, given this constellation of ideal political commitment, ESID researcher Dr Timothy Williams sought to investigate why primary education quality in the country continues to be surprisingly low.
*
Educational development is a particularly salient issue in the context of Rwanda. The tiny East African country is just two over decades removed from a civil war and genocide that decimated the country. Approximately 75 percent of all public sector employees, including teachers, were either killed, fled the country as refugees, or went missing. The post-genocide government has since charted an audacious social and economic development project, one which seeks to distance itself from the past by transforming from a subsistence-based agricultural economy to a knowledge-based, market-oriented society. Formal education features prominently in its broader aims.
Thanks in part to a fee-free basic education policy, primary and secondary school enrolment in Rwanda has surged. More children, particularly those from poor families, now have access to more years within the public education system. But learning outcomes are low. Recent evidence has suggested that the majority of children in primary school have not acquired age-appropriate literacy or numeracy skills. In recent years, primary school dropout and repetition have risen, while completion and transition rates have stagnated or declined. One way to analyse this tension is by looking at Rwanda’s political settlement, a shorthand reference to the fact that when it comes to the effective delivery of services to the poor,  politics are central to the success or failure of development efforts.
We found a stated commitment to improving educational quality on the part of the government across all levels. But, at the same time, performance-based incentives at the local level focus on aspects of quality that are measurable—i.e., through the construction of classrooms and provision of materials—rather than on improving the capacity of the teaching workforce or tracking learning outcomes.
Our analysis of the country’s political settlement suggests that, in the post-genocide context, the country’s elite has staked its viability on its attempt to deliver development as quickly as possible. Accountability to the elite has been high and tolerance of corruption and under-performance low. Individuals failing to perform at a high level have been replaced. It wasn’t necessarily that these individuals were failing to work hard, per se. Rather, from the perspective of the elite, there was little patience for or tolerance of under-performance.
That the bar was set so high held leaders to account for their performance. But it also led to discontinuities that did not enable the education system to mature and improve over time. The introduction of an expansive basic education policy and reforms to the language of instruction, for example, happened in the absence of a strategic architecture that could have enabled key stakeholders to plan for and respond to the myriad challenges these policies would bring about.
These policies tended to happen at a pace that left stakeholders in the education sector operating on their heels. That is, if the education sector is oriented towards action, stakeholders in the education sector—e.g., students, teachers, education officers and senior-level education planners—have often had to operate in a perpetual state of reaction.
New classrooms and schools presented some of the most visible and popular commitments of the elite to deliver development to all. The introduction of the English language in classrooms aligned well with the government’s forward-looking developmental aims. But what became apparent in this study was the gap between the government’s developmental aims and the realities facing most Rwandans. If Rwanda was committed to delivering education to the poor, it was also, unfortunately, delivering poor education. It was evident that an effective, sustained strategy to improve education quality has yet to be developed. Given this set of conditions, it is debatable to what extent Rwanda’s approach can be considered as inclusive development when quality for children from the poorest remains so low.
This study builds on recent scholarship that suggests that the low quality education is likely to produce a large cohort of primary and secondary school leavers unable to possess a basic set of skills, including the ability to speak English. Thus, many children may find themselves in an unenviable position:  included in the country’s development project vis-à-vis the education system, while simultaneously excluded from meaningful participation, given the poor quality of that system.
Read our working paper on this research.

education, Rwanda
We use cookies to ensure that we give you the best experience on our website. RejectOk