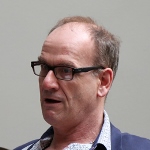 Prof Robert Cameron and Dr Vinothan Naidoo
12 October 2016
Bridging the gap between improving access to primary and secondary education and enhancing the quality of teaching and learning outcomes marks a new frontier on the world’s sustainable development agenda. This challenge is particularly acute in countries like South Africa, whose inheritance of massive racial inequalities in education access continues to bedevil the state’s substantial efforts to pursue equalisation through institutional restructuring and resource re-allocation. This has, in turn, sustained stubbornly entrenched qualitative imbalances in teaching and learning performance, which, given the scale and expense of managing the public education sector, threatens to scupper the country’s path towards transformation.
Deconstructing the causes behind a glaring mismatch between the substantial resources channelled to primary and secondary education and the outcomes produced, reflects a complex mix of institutional legacy and ill-advised post-apartheid policy choices. But neither of these explanations fully captures the role of teachers as a formidable politically organised force in South Africa’s public education sector, and the significant influence they wield in mediating the performance potential of the sector.
Notwithstanding a clear commitment by South Africa’s governing African National Congress (ANC) to institute increasingly robust performance management in the public sector, these efforts have repeatedly been challenged and heavily watered down by an organised teacher lobby able to effectively use both formal collective bargaining mechanisms and informal negotiated tactics through its political alliance with the ANC to broker preferred outcomes. In ‘When a “ruling alliance” and public sector governance meet…’, we use the issue of performance management in public education to explore the conundrum of a sector which consumes considerable resources, yet continues to produce below satisfactory outcomes. In so doing, we highlight the often contradictory interests between the education sector’s political and bureaucratic leaders, and its influential teacher unions, which have been engaged in a continuous tug-of-war over the implementation of performance frameworks which aim to improve the sector’s outcomes.
What makes this story particularly compelling is how the historically close and interwoven political relationship between major stakeholders, such as the South African Democratic Teacher’s Union (SADTU), the education bureaucracy, and the ANC, can be put under strain and subjected to a crosscurrent of competing interests that have mostly been brought back to equilibrium through a combination of formal and informally negotiated processes.
In attempting to tease out the crucial role played by a shared political compact that binds together the stakeholders, we employ an analytical matrix to characterise decision processes as a combination of ‘hierarchical’, ‘negotiated’, ‘personalised’, and ‘impersonal’. We find that despite a formal and regulated system of collective bargaining in the education sector, reflecting impersonal elements but weighted more heavily towards the interests of the much larger SADTU, the shared and interlocking roles performed by officials acting on behalf of the ANC in government, as well as officials of SADTU, can also play an important personalised role in brokering agreements which, on the whole, we characterise as mostly negotiated, rather than hierarchically enforced.
A possible ‘virtue’ of this process has been that politics can act as a pressure valve that sustains a mostly low-intensity conflict over the implementation of various performance management schemes, punctuated by occasional high-intensity flare-ups. An unfortunate casualty of this process, however, has been a persistent dilution of performance management efforts, which brings the sector no closer to solving the access-quality conundrum.
This blog is based on Working Paper 60: When a ‘ruling alliance’ and public sector governance meet: Managing for performance in South African basic education.