Home The majority of the world's poor are in school so why aren't they learning?

The majority of the world's poor are in school so why aren't they learning? 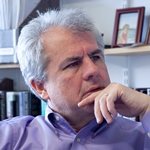 ESID Researcher Lant Pritchett has written for The Guardian on the need for research into rapidly improving the quality of schooling if the world is going to meet the demands of the global education goal.
If you want to find a child who lacks education today, the place to find them is in school. That’s because nearly all children are in school. That’s the good news. Governments have built schools and hired teachers. Parents have seen that schooling is key to their child’s future and are sending their children to school. There has been more progress made in expanding schooling since the UN Declaration of Human Rights in 1948 acknowledged education as a basic right than in all previous human history.
But the bad news is that hundreds of millions of children are starting school, going day after day, year after year, but not really learning. One study found that almost three-quarters of a recent cohort of youth in Zambia were innumerate and six of 10 illiterate. But only 7% of these youth had not attended school. In fact, half of those who were innumerate and a third who were illiterate had not just started school but completed grade 6. These children were being schooled but not educated. Schooling without learning is just time served. Unfortunately, Zambia is far from alone in having schooling without adequate education.
The cumulative results of international and national assessments around the world have led to a widespread recognition that, while there are disadvantaged groups still excluded from schooling, there is a global learning crisis of children already in school. Part of the problem is that the soon-to-expire millennium development goal on education was just “time served”. So it’s good that the new sustainable development goal (number 4.1) shifts the focus. It says: “By 2030, ensure that all girls and boys complete free, equitable and quality primary and secondary education leading to relevant and effective learning outcomes.”
Also good is that former prime minister Gordon Brown, now UN special envoy for education, will chair a commission on the financing of education opportunity – which meets today – that’s tasked with developing a plan to achieve this ambitious goal.
Let me offer three starting points. First, reaching even modest learning goals means that learning outcomes must improve, but also that they must improve faster and by more than before. The Organisation for Economic Cooperation and Development (OECD) measures students’ ability to apply mathematical concepts and reasoning to practical problems. In their test, a student scores below level two if they haven’t really mastered enough maths skills to cope with simple problems, and one might take that as a standard for “relevant and effective learning outcomes”.
Only 12% of students in Finland are below that level, in Korea only 9%, while the UK has 22% below that standard. But in Indonesia 76% are below level two. More worrying, since the standard was first measured in 2003, this has improved by only 2.4 percentage points. At the current rate, by 2030 72% of Indonesian students would still not have achieved “relative and effective learning outcomes”.
The world needs to face up to the audaciousness of the education goal being set. The pace of progress in most developing countries needs to accelerate rapidly.
Second, the commission must recognise that while more money is needed, funding alone will not be enough. In India, for example, the government made a major commitment to finance elementary education. Central government spending on elementary education increased 11-fold between 2001 and 2013. Over the same period, assessments show the percentage of children in grade five who could read or do simple subtraction declined.
In Indonesia, a major commitment to increasing teachers’ salaries has led to more than $4bn in additional spending a year – but a rigorous evaluation shows almost exactly zero learning gain from students taught by the more highly paid teachers. Progress requires more but also better financing.
Third, research will be an integral part of reaching learning goals. Knowing what you need to know isn’t the same as knowing it or knowing how to do it. To address the problem of climate change, the world needs better and cheaper renewable energy. That doesn’t mean we now have those technologies, and so the world is spending nearly $12bn a year on research into renewables.
Progress on learning goals requires getting systems of education on a much faster pace of improvement. But too little is known about how to do that – which accounts in part for the slow progress. The British government has recognised that and is funding research to generate the practical knowledge needed to improve systems of education. But an education goal with the correct focus on learning will not be enough without radical changes to how we achieve it.
That’s how we can turn good news on schooling into good news on education and ensure all children are in school – and learning.