The ideational turn in development politics 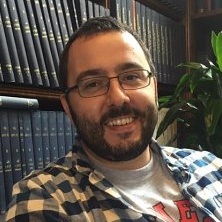 Dr Pablo Yanguas
As we near completion of Phase 1 research (and gear up for 2.5 years of Phase 2), those of us involved in ESID’s theoretical synthesis feel pretty confident about the basic elements of our framework. Going beyond the somewhat simplistic readings of institutions and elite interests that we inherited from early political settlements work, we have now zeroed in on a mid-level theory of developmental trajectories, where variation is explained through a combination of high-level political settlement features (especially the dichotomy between dominance and competition) and low-level policy domain features (sector characteristics as well as the autonomy/dependence of a domain on the political settlement).
This is the ‘domains of power’ approach that we took last month to the Political Studies Association (PSA) in Glasgow (see the presentations below), and it is consistent with the evolving work of some of our intellectual accomplices, like Brian Levy, Michael Walton or Tim Kelsall. However, most of the questions that we fielded at our PSA panel were not about dominance or about sectors, but about the third leg of our analytical stool (which curiously featured in all our titles): ideas.
The more or less vague notion that ‘ideas matter’ has recurred in ESID research since the very beginning. At first, ideas were introduced in opposition to strictly material interests, which appeared to be the only available motivation for political settlement elites. This was an important point to make at that time, but an intellectually empty one. After all, the cognitive turn swept the social sciences decades ago, and in the years since full subfields of sociology, political science and – to a lesser extent – economics have expanded on the very basic challenge that ‘ideas matter’. As someone trained by international relations ‘constructivists’ in the United States, I failed to see the novelty of that expression, even if over time I have come to understand how hard it is to persuade some of our more recalcitrant colleagues about the need to understand what political and economic actors think, or why they think it.
ESID work has been suffused with ideas in recent years: the impact of global norms, like EITI; the role of development ideologies in countries like Rwanda and Ethiopia; the institutionalisation of new policy paradigms in aid organisations; or the diffusion of new policy solutions, like cash transfers. By now, ESID as a whole has moved beyond the ‘ideas matter’ mantra. Borrowing heavily on an influential article by political scientist, Vivien Schmidt, we now have an analytical vocabulary for distinguishing cognitive and normative ideas; worldviews, paradigms and solutions. That said, we still lack a conceptual architecture able to bring all these types and levels together, and that conspicuous absence makes our research ripe for a particular line of questioning:

ESID is not unique in taking criticism on these grounds: the study of ideas is messy and contentious, walking a fine line between reification and relativism. Our Rwanda field researchers may feel very comfortable writing about the RPF’s ideology; our social protection researchers find it necessary to discuss the diffusion of foreign models; and those of us more steeped in policy advocacy or mobilisation may feel perfectly at ease incorporating framing and discourse into our analysis. But familiarity does not easily aggregate into consistency or coherence. And so developing a more reliable conceptual approach to ideas is a clear task for Phase 2.
We may take umbrage in the fact that we are not alone within the development community. Even the World Development Report 2017 – devoted to power and the coordination and cooperation between political actors – made room for a box entitled ‘The idea of power and the power of ideas’. Unfortunately, in my experience, actual political analysis by development actors tends to relegate ideas to vaguely comforting black boxes like ‘informal institutions’ or ‘social norms’, which are often appendices to more tangible work on incentives and actors. Therefore, we must strive to do better than that if we are to achieve a true ideational turn in development politics.
And it all begins with asking hard questions, as our PSA audience did in Glasgow last month.
—