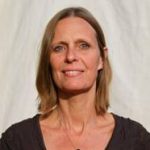 Anne Mette Kjær is a Professor at the Department of Political Science, Aarhus University, Denmark. She is currently coordinating the research programme, Political Settlements and Revenue Bargaining.

Anne Mette Kjær does research in the areas of governance and political economy.
She has done political economy research on Uganda’s education sector with ESID, and she has acted as discussant for ESID working papers and workshops.