Ghost towns and crackdowns: The politics of urban Covid-19 control 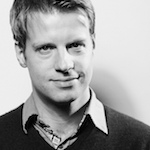 Tom Goodfellow                  David Jackman
As different responses to coronavirus are implemented around the world, cities have come sharply into focus. One city will forever be associated with the unleashing of Covid-19, and cities account for the most dramatic infection rates. For obvious reasons, urban areas are seen as constituting the most threatening environments for the transmission of the virus. With cities such as Dhaka and Manila – as well as specific informal settlements in cities like Nairobi to Cairo – harbouring some of the highest population densities in world history, the prospects for urban public health are extremely disturbing.
In the face of this threat, a number of developing countries, including South Africa and Rwanda, quickly implemented some of the most extreme forms of lockdown worldwide, with major South African cities turned overnight into deserted ghost towns. However, just as it is clear that their urban density levels pose severe threats, it is equally clear that lockdowns are particularly economically devastating for lower- and middle-income countries, and in many cases will be impossible to sustain. Lockdowns in contexts such as Nigeria obscure some of the most pressing risks that vulnerable elements of the urban population face – including that of hunger, amplified by the threat that lockdowns pose to the informal food trade. High levels of informal employment and the lack of adequate resources to compensate for lost incomes call for innovative solutions built within and tailored to specific contexts – and fast.

While epidemiologists and economists search for the ways forward, the nature of lockdowns in different urban contexts has been, and will continue to be, significantly shaped by politics. As argued elsewhere, the virus poses not just a double threat (to public health and economies) but a triple one, with the third aspect – the threat to political freedoms through state repression in enforcing lockdowns – often ignored. One growing risk is that ruling elites who have been trying (and often struggling) to dominate fractious cities, in which there is vigorous political opposition, will use this opportunity to ‘grab’ greater powers and potentially hold onto these, long beyond the crisis. The declaration of states of emergency in at least 84 countries across the world is unprecedented, and especially worrying in contexts where there is a track record of using such powers to make it more difficult to dislodge ruling regimes from power. Simply put, ‘dictators love lockdowns’.
However, our research project on how ruling elites attempt to assert their political dominance in capital cities reveals a more nuanced range of strategies, with significant relevance to the different approaches currently on display in the management of the crisis. We distinguish between repressive forms of intervention that aim primarily to constrain the functioning of opposition, and interventions that we term generative: i.e. their main purpose is to build or consolidate sites of urban support. These can overlap, of course, and we further identify several more specific strategies for the domination of urban politics and control of the urban narrative, most of which are evident in the current modalities of urban response.
Coercion and distribution amid Covid-19
The first and most visible way in which elites seek to dominate cities is through coercion and overt violence. As informal workers continue trying to make a livelihood, some lockdowns have rapidly become crackdowns, with fatal shootings in countries including Nigeria, Rwanda, South Africa, Kenya and Uganda. In typically evocative language, Ugandan President Museveni used his first public Coronavirus address to describe big groups of people gathered together as ‘dry grass piled up and ready for flaming’, and banned public gatherings before Uganda even had a single recorded case. As early as 23 March, with just a handful of cases, Ugandan soldiers were beating groups of people who congregated in public spaces; several days later, shootings were recorded. Although Uganda’s urban politics is also characterised by sporadic attempts to win over the urban poor through offers of cash or services, the default mode in the face of crisis has always been meting out violence with sticks and guns. In Bangladesh, the government has made use of the controversial ‘digital security act’ to arrest people allegedly spreading ‘rumours’, whilst seemingly clamping down on an academic who published a report suggesting half a million could die without government action. Portable handwashing stations in Kigali bus station, Rwanda.
However, it is already becoming apparent that in some major cities, the response has a clearer generative dimension. The government in Rwanda lost no time in devising a response that was typically photogenic and neatly aligned with its reputation for cleanliness and effectiveness in essential services: the unveiling of portable handwashing stations in Kigali bus station.  In Ethiopia, meanwhile, the government has recruited volunteers and brought health workers out of retirement to roll out door-to-door mass temperature screening in parts of Addis Ababa deemed particularly vulnerable, which has been presented by the mayor as an alternative to lockdown. This use of a formal programme for urban service delivery on a mass scale is consistent with the ways in which urban social protection and other benefits such as food subsidies have been widely used in recent years.
These earlier Ethiopian programmes reflected a concern to build support within a city where political opposition to the EPRDF regime dramatically exploded in 2005, and where coercion alone is evidently both insufficient and dangerous as a means for controlling urban opposition. These forms of urban service provision were often accompanied by efforts to enlist people into the ruling party – a process that has been termed ‘coercive distribution’, treading the line between co-optation and force, which may yet be echoed in approaches to managing coronavirus. A further example of this comes from Zambia, where sources claim that the ruling PF party is poised to distribute face masks branded with their logo – shortly after the government made the wearing of face masks mandatory. It is too early to know what political functions more generative interventions in Kigali, Addis Ababa and Lusaka might play. However, the decision to provide urban populations with a positive service of some kind, rather than focusing all energy on the violent enforcement of constraints on movement, contrasts with the approaches taken in Uganda, as well as countries like Paraguay and the Philippines.
Legal manoeuvres and legitimising discourses
A further remarkable aspect of the Ugandan case is that Museveni implemented among the most stringent and violently-enforced curbs on public gathering on the continent without declaring a State of Emergency, in contrast with over 20 other African countries. That this was possible reflects the extent to which coercive presidential directives have become normalised. The Public Health Act has been used as justification for Uganda’s sweeping restrictions, distracting from their potentially unconstitutional nature without the need for triggering a State of Emergency, which could prove both politically inflammatory and usher in associated safeguards to ensure the protection of human rights.  Thus, in a style redolent of his broader use of legal and institutional manoeuvres to accompany repression, Museveni has ‘peddled a legal fiction’, enabling him to personalise and informalise the response and maintain a freer hand to manage the crisis in his interests. Similar dynamics seem to be unfolding in Zambia.
The strategies for urban control mentioned so far – violent coercion, coercive distribution, co-optation and legal manoeuvres – are in our project’s analysis also sometimes accompanied by the use of legitimising discourses to justify limited political space. The ways in which the Rwandan government has framed its public handwashing in relation to a broader developmental ‘vigilance’ in the face of threats, celebrated in its mouthpiece the New Times, serves to distract from its often brutal lockdown. In Bangladesh, meanwhile, the absence of meaningful elections has been mitigated by real development successes, which are increasingly central to the political rhetoric and legitimacy of the current regime. However, humanitarian risk of hunger, poverty and insecurity is also an acute political threat in authoritarian settings, and such discourses remain vulnerable. In Dhaka, without bold and careful action, Covid-19 has clear potential to undermine this legitimacy and feed discontent on which the currently decimated opposition could capitalise and take to the streets, despite the authoritarian consolidation seen in the city.
Urban crisis and its legacies
It is too early to say with any authority how far an analysis of pre-existing political conditions could have reliably predicted strategies for urban Covid-19 control in any given country, but – echoing the first blog in this series – there are many examples of regimes appearing to conform to type. And certainly, while our project has shown that authoritarian governments usually apply a varied suite of strategies in their pursuit of urban dominance, the ‘default mode’ that they revert to in a moment of acute crisis is revealing of underlying political dynamics. Hence the fragile new Ethiopian government in 2020 hesitates to put coercion at the forefront of its urban strategy, while the Ugandan leadership leaps on the opportunity to starve the surging opposition of its key resource: mobilising collectively in space.
As the crisis continues to unfold globally, political analysis will play a crucial role in explaining how the precise political threats and opportunities posed by the virus in different contexts have led certain regimes to take the steps they have, as well as in analysing their successes and failures. Many important urban research agendas are emerging. Do particular histories of urban control map onto the sets of interventions we are seeing today? Will settings in which ‘generative’ urban interventions have been prioritised prove more capable of mitigating the humanitarian and political threat posed by the virus? Will repression prove crucial to maintaining control in cities, or in fact undermine legitimacy amid potential humanitarian crises? Will the crisis created by the virus lead to the emergence of new tools and interventions to bolster authoritarian regimes, further entrenching them in power? Whilst it may be too early to posit clear responses, viewing the response to Covid-19 through the politics of urban control offers an important avenue for analysis in the months and years to come.