Home Democracy and growth: How are they related?

Democracy and growth: How are they related? 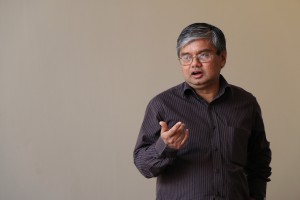 By Prof Kunal Sen
8 December 2016
Kunal and colleagues Lant Pritchett, Sabyasachi Kar and Selim Raihan have published a working paper on their new research: Democracy versus growth: the political determinants of growth episodes. Below, Kunal addresses their central question of whether democracy can cause large growth accelerations and prevent large growth decelerations.
Consider two children born at the same time in Ghana, a democracy, and Ethiopia, an authoritarian regime. Which child is likely to see the largest increase in living standards in her lifetime? This question has vexed social scientists for a long time – are democracies likely to grow faster than autocracies? Democracies tend to provide public goods, such as education, to their citizens and be more likely to obey the rule of law. Democracy can also provide a natural check to the power of kleptocratic leaders, reduce social conflict and prevent powerful political groups from monopolising economic opportunities. All these factors would be conducive to economic growth.
At the same time, however, democratisation may hurt economic growth if this leads to distortionary redistribution. Interest group politics are also more prevalent in democracies, and their presence can lead to stagnation. On the other hand, autocracies can grow rapidly if there is a far-sighted leader in place, who is willing to commit to policies that increase investment and growth. But autocracies can also be ruled by leaders with short-term horizons, who do not consider the long-term consequences of their actions. The vast empirical literature that looks at the democracy-growth relationship had not found an unequivocal positive relationship till very recently. However, an influential paper by Daron Acemoglu and co-authors finds strong evidence that democracy does cause growth. So is the debate over? Can we then conclude that the child born in Ghana has a better chance of seeing a rise in her family’s income than the child born in Ethiopia?
No, not really. Acemoglu and co-authors study the effect of democracy on long-run growth. While we should certainly be interested in understanding what happens to a country’s living standards over several decades, for most policy-makers, such a time horizon is simply too far in the future to be relevant to the decisions they will make in the current period. And we know from previous research that economic growth in developing countries is highly episodic, with countries going through large growth accelerations, followed by large growth decelerations. For individual countries, the change in living standards during these growth episodes, over a relatively short period of time, can be staggering. For example, India was known for its ‘Hindu’ rate of growth till the late 1980s. Economic growth accelerated in 1993, and then again in 2002, and the cumulative income gain from these two growth accelerations was 3.7 trillion Purchasing Power Parity (PPP) dollars. In contrast, after 14 years of rapid economic growth, the growth deceleration in Malawi that began in 1978 and ended in 2002 cost each person cumulatively almost 10,000 PPP dollars. Therefore, for the policy-maker or political leader at the helm of a democracy, the more relevant question is: can democracies cause the large growth accelerations observed in India in the 1990s and prevent large growth decelerations, such as the one observed in Malawi in 1978-2002?
To address this question, we look at the role of democracy in explaining the magnitude of growth for 314 growth episodes in 125 countries. Similar to Acemoglu and co-authors, we also find that democracy has a strongly positive effect on magnitude of growth in growth episodes. However, when we study growth accelerations and decelerations separately, we find that democracies do not outperform autocracies in growth accelerations. In fact, out of the top 10 growth acceleration episodes, nine of them occurred in autocracies. But we also find that democracies prevent large income losses in growth deceleration episodes. On the other hand, autocracies are particularly bad in preventing growth collapses. Out of the top 10 growth deceleration episodes, nine also occurred in autocracies. Democratic societies are more likely to have checks and balances on leaders to follow predatory policies. In addition, there are mechanisms in democracies in which citizens can get rid of leaders who follow policies or take actions that are detrimental to growth. This is not really possible in autocracies.
An additional question we look at is whether there are differences in types of autocracies in promoting growth relative to democracies. We find that party-based autocracies (such as China and Vietnam) outperform other types of autocracies (such as monarchic autocracies as in Saudi Arabia and personalised autocracies as in Mobuto’s Congo) as well as democracies in growth accelerations, though they do not limit income losses in growth decelerations. In party-based autocracies, leader succession is well institutionalised and investors are reassured by such clear succession policies that economic policies will not change when a leader dies or is removed from power. Time horizons of leaders in these autocracies are de facto long term, which is good for growth.
Our findings have implications for both the previous literature on the relationship between democracy and growth, as well as the literature on democratic transitions. Our findings suggest that, while democracy may indeed lead to higher per capita incomes in the long run, developing countries with democratic regimes are less likely to observe the rapid growth acceleration episodes that have been observed for certain types of autocracies, though they are less likely to suffer from the growth collapses that are prevalent in many autocracies. Further, our findings indicate that the transitions to democracy that we observe with increasing frequency in many parts of the developing world may not necessarily lead to rapid economic development, if the transition is from party-based autocracies to democracies. For the international development policy community, this suggests that it matters what type of autocracy is in place in a given country when pushing for democratic transition in that country.
This blog is based on Working Paper 70: ‘Democracy versus growth: the political determinants of growth episodes’.