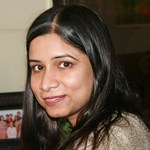 The rising levels of domestic violence that have accompanied the lockdowns associated with the coronavirus pandemic have led to urgent appeals from the UN Secretary General, and also from women’s rights groups, for states to focus on and address this issue. The initial dip in reports of incidence of violence, perhaps because victims were unable to report, due to their now continuous proximity to the perpetrator, have been overturned as the lockdown continues in many parts of the world. According to UN WOMEN 2020, being stuck in close quarters with a perpetrator of abuse and having no way of seeking recourse increases the chances of incidents taking place.
What is different from other crises the world has faced, such as natural disasters or global health crisis like SARS, is that this time different groups and actors are talking vocally and publicly about domestic violence and acknowledging that it must be addressed. But two pressing question need answering. First, does the rhetoric match the reality of what states and other organisations are doing? And, second, might this crisis provide an opportunity to rethink the importance of the domestic sphere and its link to what is done in the public space (policies and how these are implemented)?

Media reports within the UK reveal that even in rich countries there is inadequate funding for charities that work with survivors and for the provision of shelters to women who want to escape. This is not an exception. In many developed countries, addressing domestic violence came as an afterthought. Only after lockdown were policies announced and only once the alarm was raised by local rights-based groups and international agencies. Perhaps this shows that the ‘domestic’ in humanitarian, emergency response and in governance strategies remains on the backburner.
The picture is even more dire in developing countries – where the risk of domestic violence has increased, but where states are struggling to ensure food supply, testing and care for Covid-19 patients and to gain public compliance for lockdown measures.  Comparative research into domestic violence by ESID in six countries – Bangladesh, India, Ghana, South Africa, Rwanda, Uganda – revealed that although each of these countries had passed legislation to outlaw domestic violence, they all have an inadequate number of shelters, limited numbers of one-stop crisis centres, limited funding for provision of legal aid and other services, and limited numbers of trained professionals at the frontline to deal with survivors of violence.
But in most of these countries, there were hotlines one could call for assistance, an active group of women’s rights organisations that were willing to provide help, including legal aid , and a committed if weakly capacitated women’s ministry to push the agenda forward. What can policymakers and states do to ensure that the issue of domestic violence is addressed during this time of crisis? How will states take into account the needs of this most vulnerable group, who are not safe at home?
Perhaps the starting point should be to focus on what these countries already have in place. But for that resources are needed.

ESID research shows that women’s organisations and policy coalitions have played a vital role in achieving the adoption of domestic violence laws. Now they have a key role during this time of crisis in raising awareness and keeping the pressure on the state to implement and expand services.
This pandemic has revealed many blind spots in the way that development scholars and practitioners think and operate; now is the time for rethinking the false and damaging divisions between the private and public spheres, for renegotiating the relationship between women and the state. It is the moment for states to become genuinely caring states.
Listen to a podcast with Sohela and Sam Hickey presenting the findings of their book on domestic violence policy.