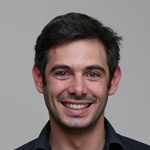 Dr Chemouni is a Assistant Professor at Université Catholique de Louvain, and a Leverhulme early career fellow at the University of Cambridge. He is the country researcher for ESID’s Public Sector Reform project in Rwanda and works on the politics of health coverage in Rwanda for the project The political economy of social protection expansion in Africa.

Benjamin is interested in the origins of effective states and the relationship between elites, their perception of their environment and the origins of institutions. His PhD research is seeking to explain the variation of state effectiveness (i.e. capacity to implement policies) between Burundi and Rwanda through the lens of the health and agriculture sectors. Elite vulnerability and their strategy to seek legitimacy are used as explanatory factors.
Benjamin is the country researcher for Rwanda in ESID’s project on comparative public sector reform in Ghana, Malawi, Rwanda and Uganda. This project is centered on the political economy of reform in the sectors of public sector planning, civil service management, public finance, auditing, and anti-corruption.

Chemouni, B. (2017) ‘Taking stock of Rwanda’s decentralisation: changing local governance in a post-conflict environment’, Third World Thematics: a TWQ Journal 1(6): 763-778. Special issue on ‘Post-conflict reconstruction and local government’.
Chemouni, B. (2014). ‘Explaining the design of the Rwandan decentralisation: elite vulnerability and the territorial repartition of power‘, Journal of Eastern African Studies 8(2): 246-262. Special Issue on ‘Rwanda under the RPF: Assessing twenty years of post-conflict governance’.

public sector reform, Rwanda
We use cookies to ensure that we give you the best experience on our website. RejectOk