Home Do Gram Panchayat leaders favour their own constituencies in MNREGA fund allocation?

Do Gram Panchayat leaders favour their own constituencies in MNREGA fund allocation? 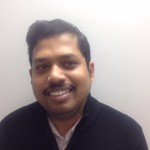 What explains the difference in behaviour between the two political parties? We conjecture that the differences in behaviour between the two political parties can be attributed to the anticipation of regime change in the state as the TMC was making strong inroads in the GPs formerly held by the CPI(M), which provided little incentive for the CPI(M) to engage in targeting swing constituencies, as well as the class background of the potential beneficiaries of the MNREGA, who were agricultural labourers that have historically not been the core supporters of the left regime in West Bengal.

Figure 1. Effect of any party being GP-level ruling party on village-level MNREGA outcomes Policy implications
Our findings suggest that whether MNREGA worked well or not in a particular village in West Bengal depended to a large extent on whether TMC saw a clear electoral return in targeting the village. This shows that to understand why social welfare programmes work well or not in the Indian context, more attention needs to be paid to the incentives of political parties to implement them well. Moreover, the decentralised nature of implementation of MNREGA may have worked to its disadvantage in West Bengal, in cases where the GP leaders were not motivated to implement MNREGA well. This implies that there may be a trade-off between the objectives of empowering GPs and of providing social protection to the poor, which was not fully realised by the advocates of MNREGA, who wanted the scheme to be primarily implemented by local governments rather than by state and central governments.

This article was originally published at ideasforindia.in.
Notes