Home Zambia’s response to Covid-19 Part 2: 'We have to choose life or livelihood or both'

Zambia’s response to Covid-19 Part 2: 'We have to choose life or livelihood or both'

Any glimmer of hope that the Covid-19 crisis would provide an opportunity for technocrats to assert themselves, within the increasingly personalised approach to policy-making under Zambia’s ruling Patriotic Front (PF) party, seems to have disappeared. Since our previous blog, President Edgar Lungu has made several controversial moves that suggest the health advisors have already been sidelined.
As the total number of confirmed cases in Zambia passes the 1,000 mark, the Ministry of Health continues to deliver daily Covid-19 updates and press briefings. However, these are becoming increasingly politicised, with some within PF considering the Health Minister, Dr Chitalu Chilufya, to be a potential threat, and this is undermining the level of trust in the information being conveyed. Chilufya has also clashed with Minister of Finance, Dr Bwalya Ng’andu, who is speaking out publicly about Zambia’s unsustainable debt and budget financing gap, as well as demanding greater accountability of Zambia’s COVID-19-related funds. 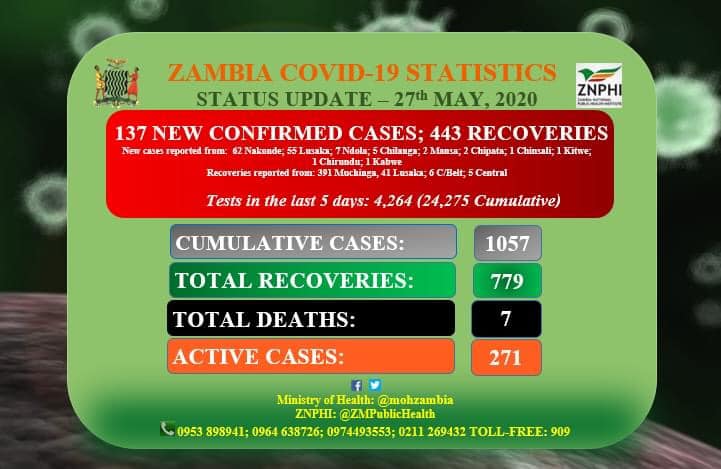 In the early stages of Covid-19 in Zambia, a coalition of Ministry of Health officials and health partners, including the World Health Organisation (WHO) and Center for Disease Control and Prevention (CDC), appeared to be at the forefront of the response. The key role of such national-level coalitions, bringing together political leaders and technical experts, within a political settlements analysis, provided some hope that the technocrats would be given more space. However, while the Ministry of Health in particular has largely retained control of the flow of public information, the influence of the coalition over government directives is more limited.
For example, the current strategy of closing hotspots, such as the town of Nakonde on the border with Tanzania, is in line with the recent WHO advice for Africa. However, the medical experts in Zambia called for a complete lockdown of points of entry as early as January, but the government did not listen to this advice. The call to close the Nakonde border was made two weeks before the localised outbreak occurred, but was ignored. The temporary closure of the border was finally ordered just before a spike of 208 new cases in the area, concentrated among truck drivers, was announced within a 24-hour period. Lungu has since publicly directed the Minister of Health to handle the Nakonde situation in a way that allows business to keep flowing, despite more than half of Zambia’s Covid-19 cases (565) being located in this area.