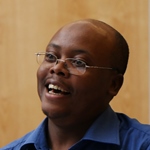 The global message on frequent 20 second handwashing to stem the spread of Covid-19 has heightened the urgency for access to safe and clean water. This in turn has put water management agencies, most of which have a poor reputation for delivering water services in developing countries, in the spotlight. One exception to this rule has been the Uganda’s National Water and Sewerage Corporation (NWSC), which ESID research has identified as one of the countries’ few high-performing public sector agencies. This blog examines how well NWSC has responded to Covid-19 in Uganda, with a particular focus on how its performance has remained closely shaped by the paradigmatic and largely neoliberal ideas that shape service delivery within Uganda’s political settlement.
NWSC’s poor performance during the 1980s and 1990s nearly saw it privatised along with a swathe of public utilities in sub-Saharan Africa during this period. However, its entrepreneurial leader at the time persuaded government to ignore donor advice and instead appointed and supported a dedicated local management team that mounted a successful turnaround within six years. Since 2004 NWSC’s financial statements have reflected year-on-year profits and by 2019, NWSC’s services had expanded to over 250 towns, serving an estimated 17 million people (Fig.1).
Figure 1: NWSC service coverage
Remaining within public ownership enabled NWSC to attract both political protection and public financing, both of which have been critical to its success. However, its commercial orientation seems to be at odds with serving critical social goals. The 20% of the urban population that NWSC’s water services have yet to cover, are mainly low-income earners who live in informal settlements where the risk of infections like Covid-19 is highest.
NWSC’s response to COVID-19 so far
On March 18, 2020 President Museveni announced three main interventions by NWSC to counter the threat of covid-19 to Uganda:
1.The emergency extension of water and sanitation services in public spaces where the risk of transmitting the virus was considered high. On March 27 NWSC partnered with Kampala Capital City Authority (KCCA) to install 300 water points to promote free handwashing, hygiene and disinfection. Key targets included the usually crowded public spaces such as markets and transport stations in Kampala’s central business district and the city suburbs. The handwashing facilities also had a public health message inscribed on them to emphasise the importance of proper hygiene: “Your health is in your hands. Wash your hands with soap and stay safe” NWSC promised to replicate this strategy in all its towns of operation across the country.
2. NWSC mobilised emergency support to secure and extend water services in water stressed urban areas. About 60% of Ugandans in urban areas live in informal settlements, which have low coverage of piped water. Whilst NWSC has been erecting public standpipes to serve such areas, several locations remain at the periphery of the water network. The measures announced by authorities to prevent the spread of the virus such as handwashing, physical distancing, or community-wide lockdowns are particularly difficult to observe in these places. To address these challenges, NWSC partnered with two leading private sector enterprises, MTN Uganda and Roofings Uganda LTD to improvise low-cost water service provision arrangements to benefit an estimated 30,000 residents. NWSC planned to purchase 100 plastic water tanks of 10,000-litre capacity to build 23 emergency water reservoirs that would be refilled using water trucks. However, customers would be charged for this service, albeit at a subsidized rate.
3. NWSC suspended water disconnections for non-payment, aware that customers’ earnings were being interrupted by lockdown, a message that was re-enforced in a speech on 30th March by President Museveni. However this measure only provides temporary relief as customers will have to pay the accumulated arrears. A hand washing facility installed by NWSC at a market in Kampala
Public perception of NWSC response
Whilst NWSC’s provision of handwashing facilities in crowded public spaces was appreciated, many considered NWSC’s responses to be an inadequate response to an emergency of Covid-19’s magnitude. According to one customer:
[NWSC] being the most profitable government entity, distributing a few cans of water is an affront to the suffering masses. We are asking NWSC to give a percentage of the profits they have been making over years (FB comment by Hood).
Other customers protested NWSC’s incessant pleas to customers to clear water bills:
We are currently not working and you are very aware we are daily earners. How do you expect us to pay yet we are even struggling with what to eat? Please stop being mean; act like Ugandans. Let’s focus on fighting COVID-19… (FB comment by Canden).
NWSC was accused of treasuring profits above the lives of customers and also staff, given its insistence that staff undertake house-to-house delivery of water bills.
Paying customers also report of often lengthy service interruptions, which may compel people to break the stay-home orders to seek water from beyond their homes.
How to explain NWSC’s inadequate response to the crisis?
NWSC’s response reflects the neoliberal principles embedded in the legal and policy frameworks that inform its strategies, and which emphasise the commercial viability rather than the public benefits of water services. The government commits NWSC to performance contracts that stipulate performance targets and obligations. These relate to maximising revenue turnover, minimising operating expenses, penalising uncollected bills as well as non-revenue water among others. Given the emphasis on economic efficiency, the incentive for NWSC management is to focus on the affluent population who can afford to pay.
As a result, NWSC management aren’t open to extending infrastructure to areas where it is not guaranteed easy and quick cost recovery and are few incentives to provide free water during crisis moments. Whilst NWSC is obliged to undertake pro-poor activities to promote water and sanitation services access in low-income households, these are largely funded by government subsidies, which are meagre. Consequently pro-poor connections constitute only about 2% of the corporation’s business.
NWSC’s pre-occupation with profitability is illustrated by its recent request for a government funded Covid-19 financial bailout. Rather than request funding to extend the pro-poor activities, NWSC management couched the request in terms of compensation for the potential revenue shortfalls.
The nature and magnitude of the response by Uganda’s public water utility to the Covid-19 pandemic illustrate the perverse effects of neoliberal policies on the public sector in developing countries. Market-based principles incentivise public agencies like NWSC to focus on commercial/financial performance objectives whilst paying less attention to the social goals. For NWSC, commercial considerations have also meant that the priority is on extending the corporation’s market share at the expense of asset management leading to deteriorations in the quality of services. These aspects undermine the response required to Covid-19 in urban areas. There is an urgent need to review NWSC’s legal and policy frameworks to create a balance between commercial considerations and the goals on equity and asset management over the long term.