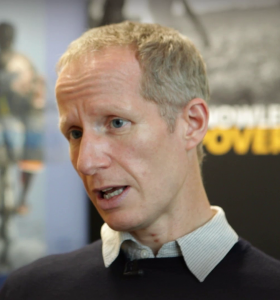 3 June 2016
On 6 July, our Research Director, Professor Sam Hickey will deliver a lecture at Australian National University on ESID’s approach and findings: “Going beyond ‘politics patters’ in international development”. Here’s an outline of what Sam will be covering…

That politics has a defining influence over development prospects is now broadly accepted amongst leading development theorists and agencies alike. However, there is less agreement over which forms of politics matter most, how these can be conceptualised and what kinds of policy implications flow from thinking politically about development.
This seminar addresses these questions by presenting the key findings of a five-year comparative investigation into the politics of development in Africa and Asia. Employing a version of the ‘political settlements’ framework that has gained popularity amongst development agencies of late, this work examined how power and politics shape inclusive development in a range of policy domains, including economic growth, natural resource governance, social provisioning and women’s empowerment. In conceptual terms, the analysis emphasises the interplay between political settlements and the politics of specific policy domains, the power of ideas as well as incentives, and of the need to reposition political settlements analysis as a mid-range theory that can usefully explain particular puzzles of development, rather than development itself.
Policy-wise, the findings suggest the importance of ensuring that policy reform efforts are carefully attuned to the incentives and ideas that flow from different kinds of political settlement, and that normative efforts to promote ‘inclusive’ and ‘accountable’ institutions need to be rebalanced by a stronger focus on building state capacity, particularly through bureaucratic pockets of effectiveness.
Although much of this work echoes calls to move beyond the good governance agenda in favour of ‘thinking politically and working differently’, it also draw attention to the perils of aligning development interventions too closely with existing forms of power and politics.
Click here to register for the event