The politics of dominating Addis Ababa 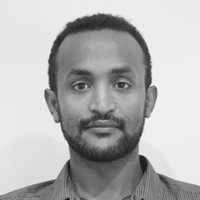 Recent GDI alumnus and now Research Fellow at LSE, Eyob draws on his ESID research to ask how the EPRDF remained so dominant in Ethiopia from 2005 to 2018.

In the aftermath of the deadliest post-election protests following the May 2005 national elections in Ethiopia, the now-defunct ruling party – EPRDF – remained the most dominant political coalition. The capital, Addis Ababa, was the epicentre of EPRDF’s political dominance. There were three interrelated strategies that contributed to this maintenance of control and dominance:

The combined effect of these strategies enabled EPRDF to control both the horizontal and vertical distributions of power, primarily in the capital city and at the national level.  Horizontally, the party kept rival political coalitions at bay using the above strategies in tandem with politico-legal frameworks. Whereas, vertically, EPRDF expanded its base (at least numerically) and incorporated different segments of society into its structures. EPRDF pursued its objective of achieving dominance hand-in-hand with the commitment to improve citizens’ socioeconomic wellbeing. In doing so, the party sought to derive legitimacy from its developmental provisions. Manifestations of the developmentalist thrust, particularly in Addis Ababa, included expansive infrastructure development programmes – housing, light train, roads, education and health facilities, provision of subsidies for essential food items, such as bread, cooking oil and sugar, and job creation programmes for young people. A recent article focusing on inner-city slum redevelopment argued that EPRDF’s developmentalist intervention had a hegemonic feature of not only provisioning services, but also bringing about accumulation and control.

EPRDF pursued its developmentalist aspiration hand-in-hand with the introduction of new restrictive laws and the expansion of the formal structures of the city administration. Politically inspired laws passed in 2008 and 2009 severely restricted civil society organisations, the media, opposition parties and other groups challenging EPRDF’s rule. The laws gave EPRDF’s repression a legal backing.
Expanding the lowest tiers of governance in the city administration occurred just before the 2008 local elections and by-election in Addis Ababa. The seats of the district council increased significantly from 15 to 300. After a massive recruitment of new members, EPRDF used its new members to beef up local level structures of control and governance. The 2008 success in Addis Ababa also gave way to the May 2010 overwhelming result at the national election level, which gave the party control over every single seat in the national parliament except one.
Newly introduced informal channels of governance and mobilisation also played an indispensable role in extending the control and dominance of EPRDF beyond the formal structures of governance. These channels operated at the sub-district level, which included zonal development committees, ‘one-to-five’ groups and development committees in every neighbourhood of the city. These channels of mobilisation primarily targeted young people and women with lower socioeconomic status.

EPRDF also established contextually negotiated relations with different social groups in the city. The party’s active mobilisation of the urban poor to establish Urban Consumers’ Cooperatives (UCCs) in 2008 is a good example. These UCCs helped the party to distribute heavily subsidised ‘basic goods’ to residents of Addis Ababa in a centralised manner. The UCCs continued to be an integral part of EPRDF’s intertwined developmental objectives and political purposes. For example, unlike many other countries, Ethiopia never experiences ‘food riots’, despite the highest recorded national food price inflation of 61.1 percent in mid-2008. In addition to legal and policy-focused measures by the government, the UCCs played a vital role of distributing subsidised food.
The relationship between EPRDF and the UCCs fluctuated between co-operation and co-optation. EPRDF never hesitated to use the cooperatives as additional actors of political control and mobilisation, especially during election times. But the UCCs have also been quite effective, for example, in securing vital resources such as publicly owned recreation centres into their hands.
Another vital example is the mobilisation of young people through youth employment programmes. EPRDF’s youth employment programmes remained quite political and aligned with its developmental aspirations. The party co-opted young people seeking employment opportunities by forcing them, both implicitly and explicitly, to trade off their citizenship rights. Several young people involved in the government youth-focused employment programme confirmed that they were asked to show their membership of the EPRDF youth league as a requirement to access technical and financial support. Hence, claiming economic rights required them to give away their political rights.
PM Abiy’s administration – April 2018 to the present
EPRDF presided over a strong and relatively capable government, particularly between 2005 and 2015. On the contrary, PM Abiy’s government has been besieged by both its liberal ideology and structural challenges of the Ethiopian state to muster a strong government. One of the most discernible trends during PM Abiy’s administration since April 2018 has been an onslaught on state capacity under the pretext of dual liberalisation – economic and political. The current administration has neither a horizontal (in relation to rival political groups) nor a vertical (in relation to different social groups) dominance in the context of the present power dynamics. Now the World Bank and the IMF have the upper hand in shaping socio-economic policies. As a result, all the elements of socio-economic and political relations derived from state-led developmentalism will cease to exist and be replaced by market-based relations. Hence, the nature of political dominance and control will also change fundamentally.
Read Eyob’s research here.