Home The political economy of agency-level governance and performance in South Africa: A preliminary round of comparative case studies

The political economy of agency-level governance and performance in South Africa: A preliminary round of comparative case studies

The goals of this project are two-fold:

Three South African infrastructural agencies are used to illustrate how the project’s empirical strategy might be applied: the agency responsible for urban passenger rail (PRASA/Metrorail); the South African National Roads Authority (SANRAL); and the country’s electricity supply parastatal (ESKOM).
Which of the competing hypotheses as to the political drivers of agency performance outlined below prevails in practice is an empirical question. Given the ‘mixed’ character of South Africa’s political settlement, the answer may vary from agency to agency – with the observed empirical patterns offering insight into the character of the political settlement.

The empirical propositions to be explored are as follows: 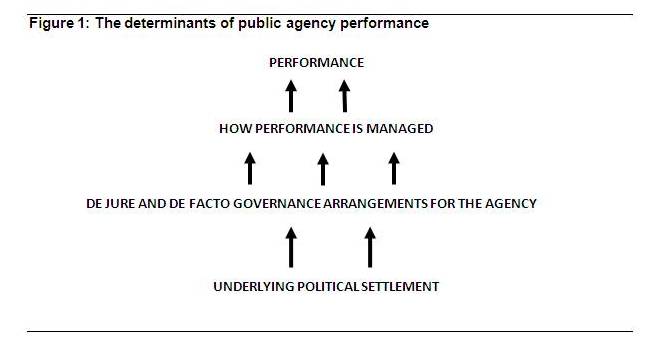 The first two steps in an empirical assessment of these hypotheses are:

As the decision tree in Figure 2 suggests, two very different sets of institutional arrangements are hypothesised to potentially be consistent with good performance[2]: These divergent relationships between governance and performance point to a further set of governance-related empirical questions:

The methodology takes the form of a set of comparative case studies of individual agencies. To account for divergent patterns of performance, each case study incorporates:

These case studies form part of a larger, multi-country comparative analysis, falling within ESID’s programme 3, ‘the politics of social provisioning’.

[1] Note that performance cannot usefully be described independent of the goals which the agency is to pursue. In practice, the empirical work to address this question will thus need to assess performance across multiple dimensions. Some (e.g. cost efficiency) will be common across agencies, others will be specific to the agency and activity being studied.
[2] Note also the third (and fourth) possible paths along the decision tree – a failure of both hierarchical and multi-stakeholder governance, with poor agency performance the result.
political settlements, South Africa