Home The persistent challenges of development in Rwanda

The persistent challenges of development in Rwanda 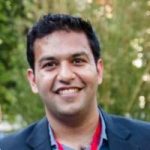 Dr Pritish Behuria is a Hallsworth Research Fellow in Political Economy at The University of Manchester’s Global Development Institute. He is a researcher on the ESID project on the political economy determinants of economic growth.
His two recent articles have been published Open Access:
Behuria, P. (2019). ‘Twenty‐first century industrial policy in a small developing country: The challenges of reviving manufacturing in Rwanda‘, Development and Change, 0-30.
Behuria, P. and Goodfellow, T. (2018). ‘Leapfrogging manufacturing? Rwanda’s attempt to build a services-led “developmental state”‘, European Journal of Development Research, 1-23.

economic growth, Rwanda
We use cookies to ensure that we give you the best experience on our website. RejectOk