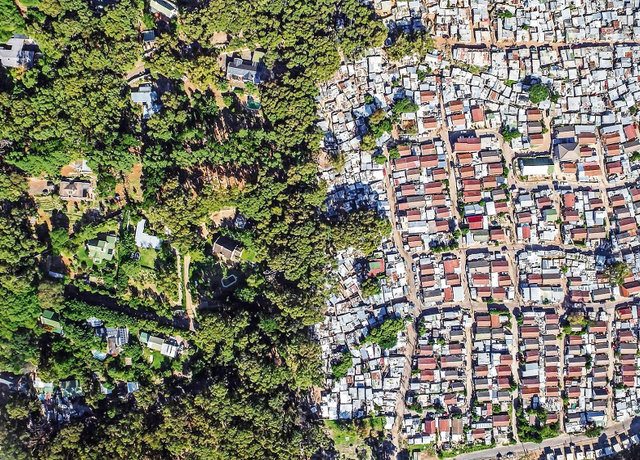 A number of ESID academics are convening panels and giving papers at this year’s Development Studies Association Conference at the Renold Building, University of Manchester. This year’s theme will be Global Inequalities and will challenge the traditional geographies of development, and demand investigation of the power relations that generate wealth and poverty within and between countries and regions. Conference panels will also emphasise the many dimensions of inequality, including gender, class, climate, race and ethnicity, region, nationality, citizenship status, age, (dis)ability, sexuality, and religion and the ways these reinforce or counteract each other. To see all the panels and papers visit DSA website.
Register for the conference
Below is the list of panels and papers being convened and delivered by ESID researchers:

The political economy of spatial development disparities in Ghana and Uganda

Authors: Badru Bukenya (Makerere University)
Abdul-Gafaru Abdulai (University of Ghana Business School)
Short abstract
Our research contributes to deepening understanding of the political economy drivers of spatial inequality. Drawing evidence from Ghana and Uganda, we show that politics and the character of inter-elite power relations are the central drivers of spatial inequality in Africa.
Long abstract
What explains the persistence of spatial development disparities between the northern and southern parts of Ghana and Uganda? Employing a political settlements framework, we argue that the historical north-south development divide in these countries is best explained by long-term processes of marginalisation and adverse incorporation of the northern regions and their elites into political and bureaucratic structures, and by the nature of dominant ideas around major redistributive policies. However the growing attention to the development of the marginalised northern regions in the countries (e.g. through special development initiatives) and the subsequent reductions in the levels of poverty in these regions suggest that changes in national electoral dynamics can result in new alliances that benefit historically lagging regions.

Comparative research on the political economy of elite commitment to social assistance in sub-Saharan Africa. QCA analysis of eight countries reveals the causal processes that underpin this shift and offers a challenge for contemporary interpretations of the drivers of social assistance in Africa.

This paper presents comparative research examining the political economy drivers of elite commitment to social assistance —particularly cash transfers — in sub-Saharan Africa (SSA). The rapidly growing number of countries with cash transfer schemes has been variously interpreted as a ‘revolution from the Global South’, a donor-driven initiative and/or as flowing from recent processes of democratisation. Although each perspective has some validity, we seek a deeper theoretical and empirical engagement to understand how multiple causal processes have combined to produce distinct patterns of reform. The research constitutes an engagement between the welfare state literature and recent work on the politics of development, particularly that on ‘political settlements’.
Methodologically, the paper offers a new approach to analysing the politics of social assistance. Eight country cases (Ethiopia, Ghana, Kenya, Mozambique, Rwanda, Tanzania, Uganda and Zambia) are subject to fuzzy sets / Qualitative Comparative Analysis that identifies two distinct pathways leading to the adoption and expansion of social assistance. The first involves highly centralised, dominant party settlements with a developmental agenda, which adopted social assistance as a solution to perceived existential crises threatening the ruling party. In the second, where power is more dispersed and electoral competition more influential, donors have established pilot schemes reflecting their favoured approaches. These pilots have gradually secured differing levels of elite support as local and national politicians see political opportunity in the highly visible disbursement of resources. At this early stage, it is the dominant developmental cases that have produced greater levels of elite commitment.

Short abstract
This panel calls for papers that examine how critical political junctures such as territorial reorganisation, political regime change or new forms of subaltern resistance amongst others produce variations in development trajectories in subnational units, either across time or space or both.
Long abstract
The uneven nature of development outcomes within countries has led to a surge of interest in subnational research for illuminating problems that national level research misses (Snyder 2001). The persistence of spatial inequalities within countries has focused attention on the subnational political unit as a basis for uncovering the most significant drivers of difference (Kohli 1987, Garay 2016, Singh 2016 and others).
Within this growing body of scholarship, however, limited attention has been given to the role of critical political junctures in explaining divergences in subnational development trajectories through their impact on political environments, the roles assumed by key political actors and development institutions. Some scenarios of change could include: spatial or territorial reorganisation of subnational units, institutional shifts, political regime change, new forms of identity politics or subaltern mobilisation, the introduction and expansion of social protection policies or new forms of extraction.
What are the most salient subnational inequalities and variations in development trajectories?
What are the critical political junctures that have produced these differences?
What are the historical, social, political and other characteristics of these junctures?
How do these critical junctures interact and transform the pre-existing political context, social configurations and institutional capacities to produce unequal development outcomes?
These questions aim to shed new light on persistent inequalities as well as the possibilities for change. This panel calls for papers that compare either across time or space or both, while drawing upon a critical watershed to interrogate distinctive subnational trajectories of development.