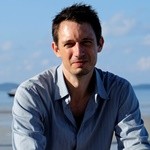 24 June 2016
Tell us a bit about your background
I grew up in Manchester, went to university in Oxford and London, and now work for the Overseas Development Institute in London. Before that I had jobs at Oxford and Newcastle universities, and I also worked as a freelance consultant. Most of my work has been focused on Africa, especially Tanzania and Sierra Leone. However, I also lived in Cambodia for several years and was able to work there too, including for ESID.
What made you want to work in development research?
I grew up in a family with a strong Labour tradition and was always interested in issues of inequality in the UK. Initially I thought I might pursue a career in British politics. However, in my late teens I began to realise that the inequalities between the developed and the developing world were far greater than anything internal to the UK. Between A levels and university I travelled and worked in Central America. I loved the experience yet felt that the problems were far more complex than I had previously imagined. That made me want to pursue a career which would allow me to understand those problems better, and hopefully do something about them.
What are your most interesting findings from your work with ESID?
We’ve found that broad trends in economic and health development can be clearly related to the nature of ruling coalitions, and more specifically to the ideas or orientations that guide them, and the balance of power between those coalitions and opposing political forces. Put simply, when the ruling coalition is dominant with a developmental orientation, the state tends to be an effective supplier of public goods and services. However, when competing centres of power are strong, and/or developmental orientation is weaker, the reverse is true.
How is this relevant for policy making?
Implicitly, most development programmes are premised on the idea that you have the former type of state, which, with the right kind of resources and technical assistance, will be able to implement effective, system-wide reforms in the economy, education, and other areas. What our research is showing is that in the latter type, which is characteristic of many developing country democracies and semi-democracies, those programmes don’t work very well. In these conditions, development is a much more politically involved and messy process that depends to a great degree on building coalitions at multiple levels of the system. So if development partners want good results, they need to be more mindful of the political context in which they work, and more innovative in the way they design and implement programmes.
What is the change you most want to see happen?
I’d like to see development partners move away from a model in which the incentive is to get a lot of money out of the door according to relatively fixed templates with minimal staff costs, in favour of  an approach in which less money might be spent, but there’s a greater emphasis on designing sensible programmes that take local political context and complexity seriously.
What are the greatest challenges that have to be overcome for this to be achieved?
I think there’s an understandable scepticism among some sections of the public and political class about development aid, which is driving the current ‘value for money’, ‘zero tolerance’ and ‘results’ agendas. While those are all laudable objectives, the way in which they are currently interpreted creates obstacles to working in a politically savvy, patient and adaptive way. Consequently, I think development researchers and practitioners need to work harder to show not only that the current models are problematic, but that there are better alternatives that could be usefully scaled up.
Tell us a little about your life and how you spend your spare time I have two young children so I don’t have a lot of spare time. However, if I get the chance I like to swim or take photographs. Cambodia gave me many opportunities for street and travel photography (right), but since returning to the UK I’ve become more interested in landscapes. I’m also a lifelong Manchester City fan; I don’t go to more than a couple of games a season these days, but I do follow them keenly in the press and social media.
View Tim’s ODI profile
Read Tim’s latest working paper on education reform in Cambodia