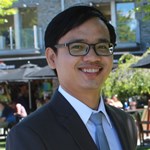 Cambodia, growth, health, political
We use cookies to ensure that we give you the best experience on our website. RejectOk