Repealing resource transparency – a shameful descent into collusion with criminality 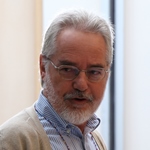 By Brian Levy
29 March 2017
ESID will soon be publishing a synthesis of new research on the politics of the extractive industry in Africa and Latin America. Here, our researcher, Brian Levy, writes about the recent ‘unconscionable’ US vote to repeal transparency for oil and mining companies, signed by Donald Trump.
In a world where anger increasingly rules, I prefer to avoid outrage – but the vote to repeal transparency for oil and mining companies is unconscionable. How – Republican members of the House and Senate who voted on party lines for this repeal, Rex Tillerson (whose 2010 efforts to lobby against the measure have, now that he has become Secretary of State, seen fruition with this repeal) and, of course DT (who gleefully signed into law this licence to collude with criminality) – do you sleep at night?
Here, for those who might be unfamiliar with this area, is the background.
For the past 40-plus years, there have been bipartisan efforts within the United States – and a global movement – to build a global regime that constrains corruption. The US Foreign Corrupt Practices Act, passed in 1977, was an early landmark moment in the process. American administrations, Republican and Democratic alike, have moved to strengthen and universalise its impact by supporting the emergence of global pro-transparency and anti-corruption norms and standards. Governments, civil society and many private firms the world over have joined in the effort. As I explore in the piece, ‘Innovations in globalized regulation: Opportunities and challenges‘, though much remains to be done, much has been achieved. And now, in an appalling act of hubris, ignorance, entitlement and impunity, all of this is thrown into reverse. Greed is Trumps. Barbarity rules. Again, all who were complicit in this shameful act: how do you sleep at night? This repeal is a murderous dagger. It announces ‘open season’ for the most venal on our planet to collude with one another to prey on the futures of the most vulnerable, hiding in the shadows as they
wreak havoc.
For fragile states, resource abundance can be a curse. Mineral and oil resources attract money and power. With a capable state, the resulting windfalls can be a boon for development. But if states are weak, citizens end up gaining little, if anything. Indeed, as the world learned about Blood Diamonds (thanks to Leonardo DiCaprio and many others), at the limit the result can be conflict, warlordism, state collapse and death.
The Extractive Industries Transparency Initiative has built a powerful multistakeholder coalition to try and mitigate the risks of resource extraction in fragile states. The Chad-Cameroon pipeline project (about which I have also written, sympathetically) was a bold, controversial effort to reconcile massive oil investments with development gains – one in which Rex Tillerson’s Exxon played a pioneering (and, I would judge, constructive) role.
In May, 2011 Republican Senator Richard Lugar proudly introduced an amendment to the Dodd-Frank Act, which supported these efforts by requiring foreign and domestic companies listed on US stock exchanges to disclose their payments to governments for oil, gas and mining. This is the provision that Congress has now voted to repeal – and that, on 14 February 2017, in one of many moments that will live in infamy, DT gleefully signed.
As Thomas Hobbes taught us, when warlords are in control, life becomes nasty, brutish and short. Once more, for all who voted for this repeal, how do you sleep at night?
This blog was first published on www.workingwiththegrain.com.
Read our research on the Extractive Industries Transparency Initiative.