This project analyses whether ‘new’ approaches to public sector reform (PSR) centred on leadership, social accountability or policy adaptation are more likely to bypass some of the recurrent shortcomings of conventional ‘Weberian approaches’, which are often blamed for the seeming failure of the PSR agenda over the past two decades.

The project compares the evolution of public sector effectiveness (in mandate and in practice) in Ghana, Malawi, Rwanda and Uganda since the turn of the century. These four countries have been selected for their marked variation in the aggregate trajectory of their public sectors since the early 2000s, as registered, for example, in the Worldwide Governance Indicators: Ghana started from a higher level of effectiveness and yet registered little improvement; Malawi registered some improvement; Rwanda showed remarkable improvement; and Uganda, if anything, showed a slight worsening. 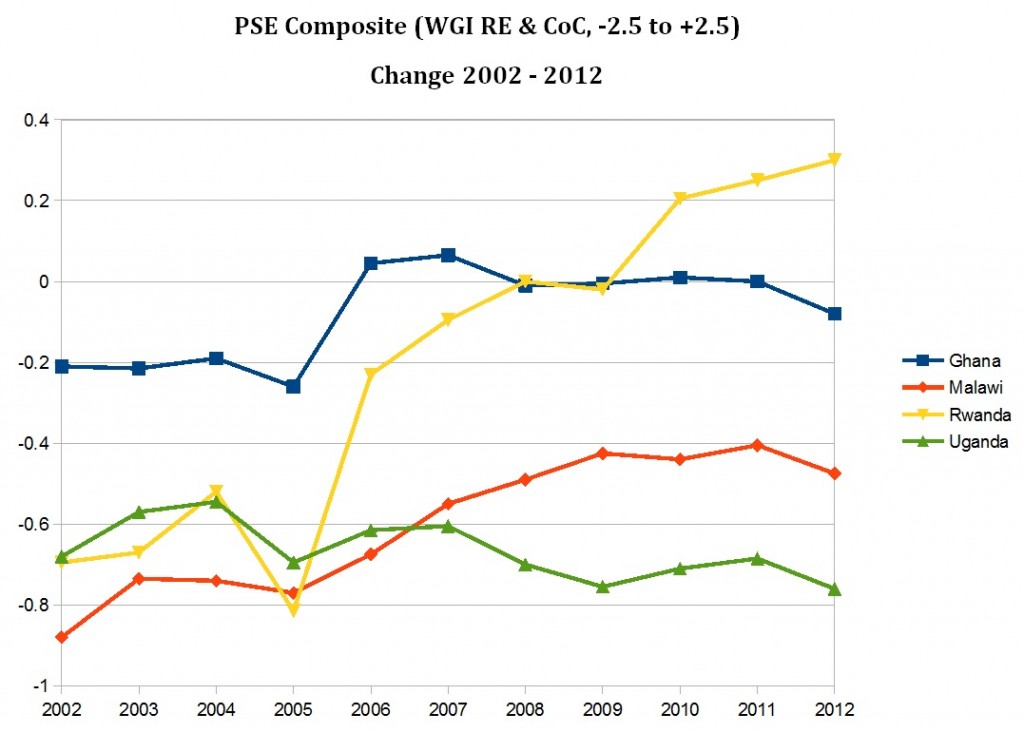 The likely explanation for these variable trajectories of public sector reform cannot be reduced to any single, macro-social independent variable: for instance, Rwanda and Uganda are both assumed to have dominant-party political settlements, yet their contrast in PSR could not be starker; similarly, if aid dependence was to be blamed for institutional failure, then Rwanda should have exhibited a more limited improvement. Instead, it is necessary to delve deeper into the causal processes linking explanation and outcome within and across five public sector nodes or core country systems: public sector planning; public/civil service management; public finance management; oversight; and anti-corruption.

The methodological approach of this research project is causal process tracing within a structured-focused comparison of a total of 20 cases: five PSR nodes in four countries. The distribution of cases allows for two case comparison strategies:

The analytical narratives for each country are based for the most part on primary sources, both documentation (public and internal) and semi-structured interviews, from core public organisations as well as non-governmental and donor organisations in each country.

This project is explicitly aligned with some of the central ESID goals, such as identifying the determinants of state effectiveness, exploring the underlying sources of elite commitment, linking material and ideational factors, as well as bridging the internal-external divide.