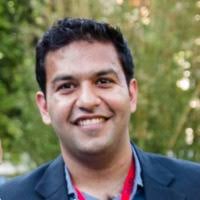 Pritish Behuria is a Hallsworth Research Fellow at The Global Development Institute (GDI), The University of Manchester, and researcher for ESID. We caught up with him to before a trip to Rwanda to find out more about his life and work.

What first made you want to work in development research?

One of the reasons I was drawn to development studies was the focus on conducting fieldwork in developing countries. The interdisciplinary nature of international development/development studies means that researchers have more freedom to depart from the restrictive paradigms of disciplines, where dominant theories are largely based on research in Western societies.
The colonial heritage of development studies often turns people off and makes them revert to the comfort of their disciplines. But many early career scholars from developing countries (including me)  found an intellectual home in the field precisely because of the opportunity to focus our research in countries outside the West.

Tell us more about being a Hallsworth Research Fellow.

The Hallsworth Research Fellowship is a three-year postdoctoral fellowship at The University of Manchester, loosely focused on political economy. The Hallsworth is designed to provide postdoctoral researchers with the opportunity to develop an independent research project. It is among the very few scholarships, available in the United Kingdom, that are heavily research-focused and provide a large amount of freedom.
I have used my Hallsworth to begin a comparative study of the politics of the Rwandan and Ethiopian development experiences over the past two decades. This builds on my research in Rwanda over the last decade. Luckily, the Effective States and Inclusive Development Research centre has also provided additional research funding for my Hallsworth project and an additional research project on the History and Politics of Diversified Business Groups in Kenya, Tanzania and Nigeria.

What do you think are the most important findings from your work on effective states?

During ESID’s first phase, I was part of the economic growth team that worked on the Deals and Development book, edited by Kunal Sen, Lant Pritchett and Eric Werker. I worked with Tom Goodfellow on the Rwandan case. Our chapter departed from existing narratives on Rwanda’s growth story to show that, though the Rwandan Patriotic Front may have led the country through a period of ‘miracle’ growth, there has been limited structural transformation. We had two main conclusions. The first is that the high degree of openness in the deals space in Rwanda has resulted in poorly coordinated economic development without sufficient enforcement capability of the state to discipline firms (against many of the narratives of the Rwandan government’s effectiveness). The second is that the growth remains highly dependent on and vulnerable to open competition, which has resulted in unpredictable and inconsistent government behaviour in some cases.

Which research are you most proud of?

I’m quite proud of the scale of fieldwork I’ve done in Rwanda since 2011. That’s over 570 interviews across different stints of research over the last eight years. Of course, there is still a lot to do!
I think the time I’ve spent in Rwanda, interviewing my respondents, has really taught me a lot. It was pretty incredible to have the chance to interview so many people who were so committed to delivering development, despite the many challenges they faced in achieving those goals.

What’s the best thing about working at GDI?

It has been really great to work at GDI. It is an exciting and vibrant environment with a lot going on. What’s really special about GDI is the kind of mentorship that the Institute provides to help you improve your work and develop an independent research career. Senior scholars are very serious about their commitment to providing early career scholars with opportunities. That is a rare and pretty special thing.

What do you do when you’re not working?

I’m still pretty new to Manchester, so I’m still discovering new things here. But if I’m not working, you’ll usually find me exploring the Northern Quarter. A new, cool Ramen place just opened. But they haven’t paid me to advertise … (yet).
Read Pritish’s most recent research for ESID on coffee production and global value chains in Rwanda here.
Follow Pritish on twitter @pritishbehuria