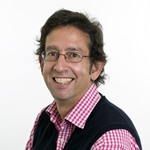 Giles Mohan is Professor of International Development at the Open University and a co-investigator on the project Oil, governance and inclusive development in Ghana and Uganda. His main role in this project is the Ghana study and investigating the comparative links between Ghana/Uganda and Chinese oil firms.

Giles’ recent work concerns the role of China in African development. In 2007 he received an ESRC grant titled ‘The politics of Chinese engagement with African “development”: Case studies of Angola and Ghana’. This was followed in 2010 by a new ESRC grant on Chinese migrants as agents of development, and another as part of a network under the ESRC’s Rising Powers Programme. Giles previously worked on diasporic developmental impacts, based on both theoretical work and case studies of the Ghanaian diaspora in the UK and its links to Ghana. This concern with the role of migrants in local development evolved out of his work on decentralised and participatory development, which is an ongoing interest.

Giles is on the council of the Development Studies Association.