25 November 2019
ESID recently hosted the final lecture in The Adrian Leftwich Memorial Lecture series. Set up to honour the memory of key contributor to the politics of development, Adrian Leftwich, this was the seventh lecture in a series that has included world-leading speakers, such as Yuen Yuen Ang and Thomas Carothers. The series finished on a high in Manchester with a lecture on Spatial Inequality in African Political Economy, given by leading scholar on the politics of development Professor of Comparative Politics at LSE, Catherine Boone.
Following the lecture, the series was handed over to the Politics Department at the University of York, where Adrian Leftwich was based for a number of years. Friend and colleague of Adrian, Professor Neil Carter – pictured below – gave a speech on Adrian’s legacy and the future of the series at York. 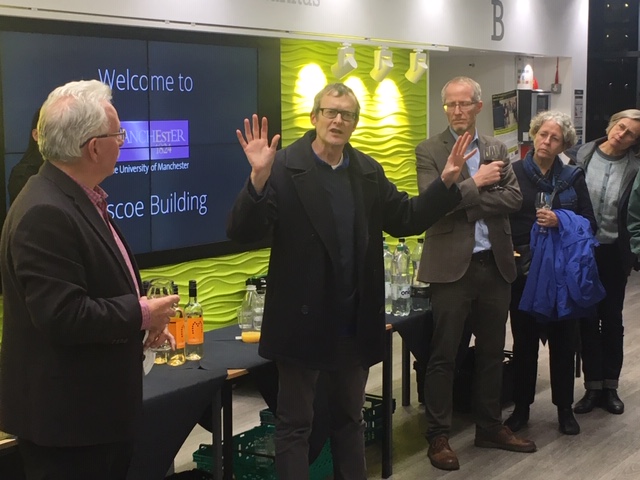