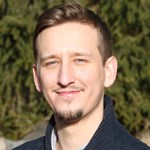 Nicolai is a Research Associate at the Global Development Institute, The University of Manchester, and a PhD candidate at the London School of Economics and Political Science (LSE). Together with Tim Kelsall, he leads the ESID ‘Political Settlement Typologies’ project.

Nicolai’s research interests primarily concern the political economy of development, with a focus on industrial and trade policy in sub-Saharan Africa. As part of ESID’s ‘Political Settlement Typologies’ project, he leads the effort in quantifying political settlements through a large-scale expert survey. In his dissertation, he explores how policy attribution and group size affect when governments in sub-Saharan Africa employ export bans on raw commodities to promote processing. To test rivalling explanations, he relies on the quantitative analysis of his original ‘African Export Restrictions Database’ and in-depth comparative case studies across seven commodity sectors in Ghana, Kenya and Tanzania, for which eight months of fieldwork was conducted in 2017. In addition to his thesis and ESID work, he has published and worked on topics related to the determinants of civil wars, anti-corruption agencies, exchange rate valuation, and the political economy of green energy transitions.

political settlement typologies
We use cookies to ensure that we give you the best experience on our website. RejectOk