NEW OPEN ACCESS JOURNAL ARTICLE: The politics of promoting social cash transfers in Uganda: The potential and pitfalls of 'thinking and working politically' 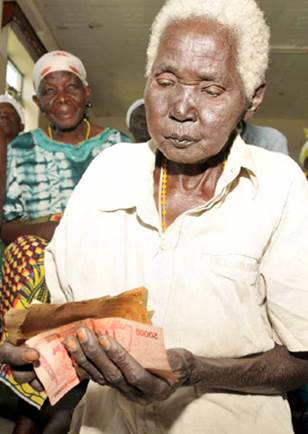 16 March 2020
Sam Hickey and Badru Bukenya have published on their research into the politics of promoting social cash transfers in Uganda in Development Policy Review. The article has fascinating findings and policy implications for the thinking and working politically agenda.

Donor efforts within a transnational policy coalition to promote social cash transfers in Uganda prospered when a shift was made from a technocratic to a more politically informed approach in the late 2000s. By employing strategies from the new ‘thinking and working politically’ agenda, an alignment was eventually achieved between social cash transfers and Uganda’s shifting political settlement,
As per the framework introduced earlier by Lavers and Hickey, 2016, this interplay of transnational factors and the country’s domestic political economy involved both incentives, as it offered a new strategy for securing electoral popularity that fitted with the ruling coalition’s increasingly financialised mode of political clientelism and, to an extent, ideas, most notably around issues of vulnerability and deservingness.
However, there are tensions that can arise when development agencies start to ‘think and work politically’ in such contexts.
The commercialisation of democracy that characterised the ‘bought’ elections of 2011 reached still greater heights at the 2016 elections, with the president’s entourage directly involved in distributing public resources to voters. The cash transfer scheme thus fitted well with the form of political clientelism increasingly deployed by the ruling coalition to maintain itself in power.

The sense that cash transfers received presidential support primarily as a political rather than a developmental strategy is underlined by the ways in which they have been adopted, designed and resourced. Cash transfers were adopted as a result of political pressure, rather than through the formal policy process, and little effort has since been made to integrate social protection within the logic of the national development strategy
Uganda’s ‘commitment’ to social protection emerges as a somewhat half‐hearted and instrumental embrace of yet another form of vote‐buying clientelism, rather than an ideological form of developmentalism and politics of citizenship in Uganda.
It is too early to judge whether social cash transfers will become fully captured within the clientelistic strategies designed to secure political support in Uganda or whether they will start to become institutionalised in ways that help to forge a citizenship‐based social contract. However, in adopting a thinking and working politically approach, donors may have undermined the pro‐poor potential of cash transfers in Uganda.
It may be that shifting the focus from promoting particular policy instruments, to instead promoting the longer‐term drivers through which social protection has historically become embedded within African polities, may prove useful.
Avoiding the populism that cash transfers can easily help foment and become trapped within perhaps involves paying greater attention to building ‘fiscal contracts’ that involve attention to issues of taxation as well as distribution. This would involve external actors thinking and working politically with a much longer time frame in mind with regard to historical processes of state, citizenship and capital formation in Africa.
Read the full article.