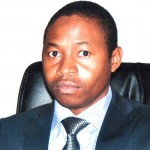 Henry Chingaipe is a Director and Lead Consultant at the Institute for Policy Research and Social Empowerment, based in Lilongwe, Malawi. The Institute is an upcoming local thinktank that focuses on politics, governance and development in Malawi. He is a former Lecturer in Political Science at Chancellor College, University of Malawi.

Henry has research interests in many areas straddling political science, public administration and development studies. In particular, he is interested in public policy and institutional analysis; development theory and practice; state theory and praxis; political theory and governance; democracy and democratisation; state-society relations; the politics of international aid and development effectiveness of aid; political economy of development; and programme design and evaluation.
With ESID, he is country researcher for Malawi on the politics of public sector reforms, but is also interested in inclusivity and political settlements.