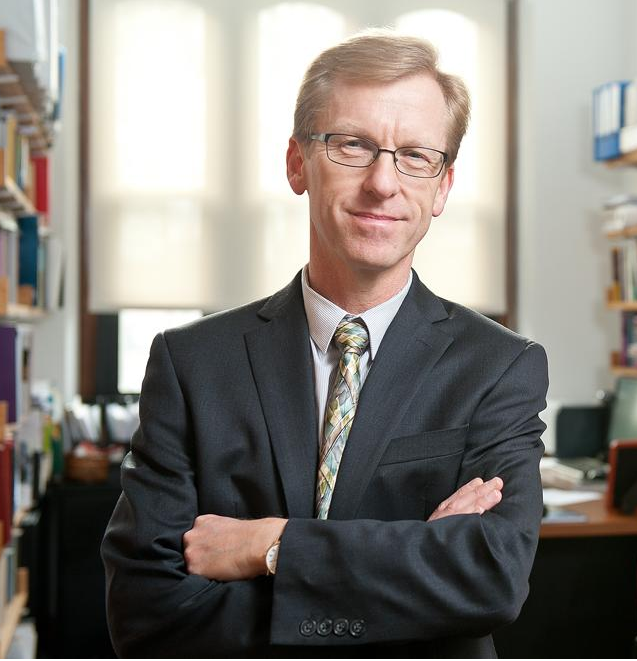 17 April 2019
Professor Anthony Bebbington
Having somebody else explain to you what your book is about is both a luxury and a pleasure. When they do so in public, it is also daunting: will they understand it the same way that you do? Did you do a good enough job trying to present your argument? Will they find it relevant? These were some of the thoughts in my mind on 4 April 2019, when Scott Sellwood, Oxfam America’s Senior Program Advisor in Extractive Industries, presented our book, Governing Extractive Industries, to a room of Oxfam staff, representatives of Washington-based organisations, and students. It was revealing to see what Scott found most striking about the book. These were his words: “Governing Extractive Industries: histories, politics, ideas is an ambitious project. It sets up a powerful analytical framework to help us understand the political conditions under which specific institutional arrangements governing the subsoil emerge and are sustained over time, paying close attention to the nature of the relationships among different actors operating at different geographic scales. By bringing the political settlements and resource geographies literatures together, you provide compelling evidence that the nature of the subsoil – its physical qualities, where it is found, how it is extracted, who extracts it, its social and cultural meaning – affects the nature of the bargains or pacts reached between elites (and thus, the quality of the development outcomes that follow). So too do the legacies of past political settlements, particularly how ideas and practices about land access, inclusion and claims to resources linger and are mobilised to support, or challenge, particular political bargains. Ghana, Zambia, Peru and Bolivia provide the empirical material to test this framework. They each share colonial and post-colonial histories in which the subsoil has played a central role in shifting ‘settlements’. While each has a long history of dependence on extractives, the political effects of this dependence have varied – producing different modes of inclusion and exclusion. While the strategies used by elites to sustain a settlement vary (incorporation, cooption, clientelism, repression) – there is a consistent absence of a sufficiently stable consensus between competing political elites and parties regarding how natural resources could be governed and managed towards a long-term vision for development and, more importantly, diversification. Despite the return of resource nationalism language, the influence of transnational actors – foreign companies, financial and commodity markets, investors – remains important today. Each of the cases shows how and why history matters, and how and why the ideas that are inherited (and remembered) shape the emergence of political actors.
Such an understanding is of tremendous importance to those of us here in this room who seek to support, through various mechanisms and relationships, those actors seeking to drive change in mining, oil and gas governance in specific contexts, and to contribute to more inclusive and just outcomes. Whether as funders, global policy and campaigners, technical advisors, or country programme implementers, we should be prepared to ask honestly if this analytical approach might lead us to reach different conclusions about our theories of change and, therefore, what this might mean for our interventions.”
Building on this final observation, the ensuing discussion at the launch, and in a smaller meeting afterwards, the Oxfam Extractives team explored how far a political settlements approach could inform efforts to make the governance of extractives more transparent and poverty oriented. Participants recognised the centrality of inter-elite bargains to the ways in which the mineral and hydrocarbon sectors are governed, as well as the ways in which revenue from extractive industry is often used by governments to strengthen clientelistic relations, with a view to staying in power. How to engage elites remained a puzzle, although promoting transparency mechanisms at a national level seemed central to holding elites a bit more accountable. Recognising the power of political settlements also helps put notions of ‘success’ in context, reminding development actors that gains are never permanent and that it is important to combine the pursuit of more specific institutional innovations with efforts to shift overall power relationships within society, such that they are at least a little less imbalanced. In this process, there was also agreement that ideas and public debate are critically important in determining whether extractives become a vehicle for deepening crony capitalism, at one extreme, or addressing injustice, at the other. Supporting research, journalism and spaces for public discussion become vital means for changing public debate and understanding the roles that extractive industries could play in strategies that seek inclusion and poverty reduction.
Having such committed and sharp people debate one’s book was a real privilege. Another highlight came at the end of the day, when Ian Gary, Director of Oxfam’s Power and Money programme, asked me to sign his personal copy of the book. That in itself is a honour – but the real treat was seeing bright yellow highlighted sections of the text: a wonderfully prosaic way of being reassured that research can be useful for advocacy oriented towards addressing the injustice of poverty.
Download the book for free.