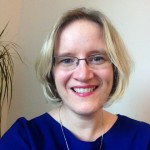 Leading academics and policy experts, including India’s top public intellectual, Dr Pratap Bhanu Mehta, are meeting in India this week to discuss the findings of our two-year project on newly created Indian states. Conducted in partnership with the  Centre for Policy Research, and the National Institute of Public Finance and Policy, this fascinating analysis is a comparison of the subnational political settlements of the states of Jharkhand and Chhattisgarh.
Given the changing territorial map of India and the increased focus on smaller states to promote accountable governance, superior political representation and improved administrative and fiscal efficiency, this research aims to answer an increasingly urgent question: Have newly created Indian states, in fact, promoted inclusive development?  Jharkhand and Chhattisgarh both gained statehood in November 2000, and have broad similarities in terms of their high incidences of poverty, poor tribal populations, and vast reserves of mineral wealth.
The research looks at the interplay of two domains of development: 1. Mining; and 2. The provision of food subsidies through the public distribution system. It finds that the two states have shown distinctively different trajectories of growth, poverty reduction and social welfare programme outcomes, with Chhattisgarh leading in key areas.
Critical to Chhattisgarh’s lead over Jharkhand has been the expansion and reform of the public distribution system (PDS) of food subsidies. This development is a product of the political settlement in Chhattisgarh. Chief Minister Raman Singh has had a stable position in power and this has enabled him to preside over a relatively well-organised bureaucratic apparatus and core team that have delivered tangible results.
Also key to Chhattisgarh’s political settlement is ensuring the interests of farming lobbies in electorally significant regions, and the expanded PDS was a way of doing this. Distributing subsidised rice through a functioning PDS system has served as a powerful legitimating discourse for ruling elites to claim social welfare delivery.
In contrast, Jharkhand is not a major rice-producing state and has no equivalent farming lobbies in the make-up of its political settlement to drive procurement reforms. In addition, the political settlement in Jharkhand has produced successive short-term stints by political parties. No political party in power has been able to take on any vested interests, which, along with low bureaucratic autonomy and capacity, has crippled reform. No claims on social welfare delivery can be credibly made by Jharkhand’s ruling elites, who are more exposed to criticism for all-round mismanagement. In Chhattisgargh there has also been a better organised ‘bigger stakes’ game of illegal mining, with probable high-level complicity between local state officials and higher levels of the political leadership.
This research also establishes that the relationship between central laws, for example on mines allocation and land acquisition, and local power relations powerfully influences the processes unfolding on the ground. In critical arenas such as land acquisition, it is not the state-level political settlement itself that determines outcomes. It is the complex and distinctive interactions at multiple levels and between multiple players, such as the police, government officials and social activists,  that broker deals around land acquisition.
Resistance by civil society groups, and protests in favour of local communities’ rights, tended to be stronger in Jharkand, with a weaker state counter response. In Chhattisgarh, resistance activities tended to be more low key and episodic and have been met with a firm hand by the state.
The brutal dealings with protestors and high levels of corruption in Chhattisgargh raise serious questions around transparency, accountability and inclusion. Although this research shows that Chhatisgargh’s political settlement has fostered greater gains in growth, poverty reduction and social welfare than in Jharkhand, it cannot conclude that Chhatisgargh has necessarily done better than Jharkhand in promoting inclusive development.
Importantly, it is the multi-dimensional political settlement framework that lends itself to a more nuanced and multifaceted assessment, not only showing how the political settlement shapes development, but the degree to which each state’s performance is moving towards inclusive development.
Details of the event:
WEDNESDAY, 10 AUGUST 2016, 9:30 AM TO 1:30 PM, India International Centre
Principal researcher Vasudha Chhotray will lead on presentations, which will be followed by panels, to include the renowned political scientist, Pratap Ghanu Mehta, and director of the Accountability Initiative, Yamini Aiyar
Panel 1: New states and inclusive development: What can a sub-national political settlement approach tells us?

Panel 2: The sub-national political settlement and inclusive development: Insights from welfare and extraction

Read our Briefing paper on this research. For enquiries about the event, please email: vbahuguna@cprindia.org