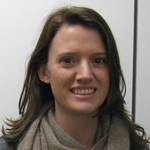 Sarah Hunt is Governance Advisor with Irish Aid. She  has carried out research supported by ESID into the impact of the rise of the new Left in Latin America on political dynamics in Central America.

Sarah’s research interests include Latin American politics and development, especially that of Central America; the political economy of development and aid; governance and development; and state-society relations.

developmental states, political economy analysis (PEA)
We use cookies to ensure that we give you the best experience on our website. RejectOk