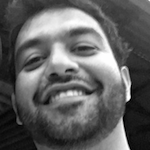 Dr Pritish Behuria is a Hallsworth Research Fellow in Political Economy at The University of Manchester’s Global Development Institute. Previously, he was an LSE Fellow at the Department of International Development at the London School of Economics and Political Science, and worked as a Senior Teaching Fellow at the Department of Development Studies and Centre for International Studies and Diplomacy at SOAS, the University of London. Pritish is a researcher with ESID on our political economy determinants of economic growth programme, focusing primarily on Rwanda.

Pritish’s research focuses on the politics of late development in the 21st century. So far, the bulk of his fieldwork has centred on examining elite politics, state-business relations and productive sector policies in Rwanda. He is currently developing a similar study in Ethiopia. Pritish has also begun researching the capacity of technology acquisition among local firms in India’s renewable energy sector (in particular, the solar energy sector). He also works on examining the politics of public sector reforms in developing countries.