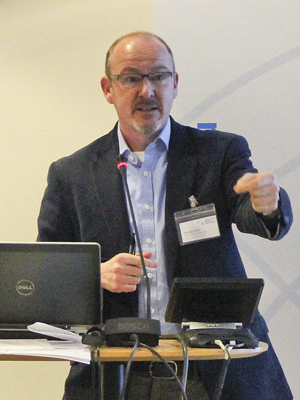 1 June 2016
By Neil McCulloch
This post first appear on the Unu-Wider Blog.

I spent the last couple of days at a fascinating workshop at UNU-WIDER on the role of extractive industries in development. Tony Addison, UNU-WIDER Chief Economist-Deputy Director, and Alan Roe, UNU-WIDER Non-Resident Senior Research Fellow and Oxford Policy Management Associate, are pulling together a comprehensive new book on the topic, including chapters on just about every aspect of the relationship between extractives industries and development that you can imagine (and several I hadn’t).
The book will, no doubt, be launched with great fanfare next year, but I thought it might be of interest to have a sneak peek at some of the ideas emerging from the work so far. Among the many fascinating papers, six ideas caught my imagination.

Wanted: benevolent dictators (or the near impossibility of ‘slow’ development)

A leading oil economist reminded us that the natural resource curse (the seeming tendency of countries with significant natural resources to grow slower than other countries) isn’t necessarily inevitable. But the list of developing countries that have avoided the curse isn’t an encouraging one (common exemplars are Indonesia, Malaysia, Botswana and Chile). Spot the common factor?  While it would be unfair to describe all of these countries as dictatorships (at least not now), a key factor for successful exploitation of natural resources would appear to be the ability to go ‘slow’ and apply systematic policies of technological capacity-building over an extended period of time. This is an old idea dating from Hirschman, but now popularised again through the New Industrial Policy of Dani Rodrik, Justin Yifu Lin, and Hausmann and Hidalgo. Alas, the only governments with the time for this are ones with, shall we say, a ‘long-term perspective’. As Manur Olsen argued, it is the ‘stationary bandits’ that facilitate development, not the ‘roving bandit’, whose incentive is to steal as much as possible as quickly as possible. This is bad news because the real politics of many developing countries is of the roving bandit sort. Given that we don’t wish to encourage dictatorship, the key question is ‘how does the reality of not being able to “go slow” affect the sorts of policies and institutions that should be put in place to manage the extractive sector?’

An eminent professor of economics led a passionate plea for us to stop telling developing countries to follow the Norwegian model of setting up a sovereign wealth fund (SWF). The idea of a SWF is appealing— tying one’s hands to benefit future generations sounds like the sort of Presbyterian thing that my Scottish forbearers would have approved of. But for poor developing countries it isn’t merely politically impossible to set aside a large pot of money and not raid it — if I don’t, the opposition will when they come in power—it doesn’t even make economic sense. This is because certain kinds of investments in physical or human capital will spur future growth (think roads, or education) and potentially stimulate further investment by the private sector. The key thing then is not to stop poor countries spending money, but to ensure that it is spent on something genuinely useful.

How not to manage expectations

During the workshop a senior African economist recounted the experience of Ghana, which, upon finding rather modest quantities of oil, went on a major spending spree.  This resulted in double-digit fiscal deficits and a huge increase in debt. The result is that Ghana — now on an IMF programme — is paying far more in interest payments than it generates in oil revenue. Yet Ghana previously had good institutions and a strong track record of macroeconomic management. Does the case of Ghana show how new resource finds can alter political incentives in a way that leads to ruin? Or does it just show that if you are determined to mismanage the macroeconomy you can do so no matter how good your institutions?

One of the key purposes of conferences is to learn new pieces of jargon, so it was fun to learn about fracklog — the backlog of wells which have been drilled or prepared already for shale oil, but which are not producing because of the low price of oil. The implication of this fracklog is that there is a ceiling on the oil price, since, if prices rise to that level, these wells will rapidly come into production stabilising the price. At least, so goes the new conventional wisdom which has always been right in the past …

The race to burn unburnable carbon

It appears that, since the Paris climate change deal, the world has finally noticed that burning all the fossil fuel in the ground might not be such a good idea. Whilst energy efficiency and renewables may be stabilising the growth of energy use in rich countries, the relentless demand for energy from developing countries begs the question, ‘whose carbon gets burned first?’ Ironically, the realistic prospect that there might be future curbs on fossil fuel consumption is prompting those with lots of it to sell it faster while it is still worth something, thereby making it cheaper and encouraging the very consumption we want to stop. The solution, of course, is a higher price for fuel (either by removing subsidies or through higher taxes), but that has the unfortunate effect of burning politicians who prefer to remain unburnable.

Holy holy holy: mining and the integrity of creation

Finally, in a wonderful after-dinner talk, a senior colleague with years of experience working with mining companies and mining communities described his engagement with the Vatican’s ‘Integrity of Creation’ working group. He reminded us that views on mining are, for many people, fundamentally matters of the heart (if not indeed the soul). This suggests that we can only begin to create meaningful dialogue between communities and mining companies when we understand the personal, human fears and aspirations of affected communities and ask mining companies not just how they will minimise impact, but how they will maximise their contribution towards sustainable development.
[1]Quote of the day— not quite original, having been stated by the Saudi Sheik Yamani in the 1970s, but memorable none-the-less
For more on the governance of oil in Ghana read our working paper.
Read our working paper on the politics of governing oil effectively.