Home Book Review – Why We Lie About Aid by Pablo Yanguas

Book Review – Why We Lie About Aid by Pablo Yanguas 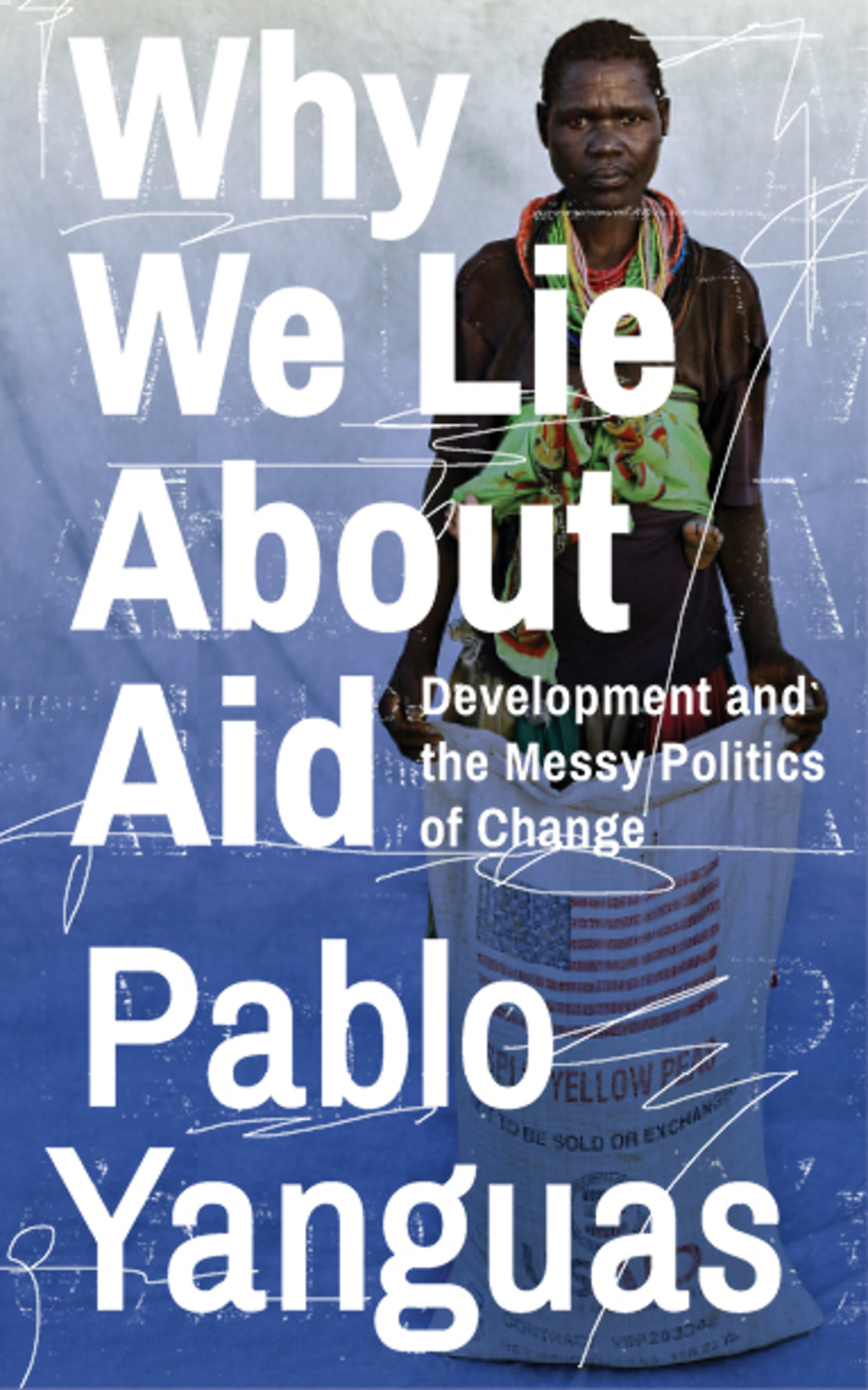 8
Tom Kirk, Researcher at the LSE’s Centre for Public Authority in International Development
Every so often you read something that brilliantly articulates an idea or issue you have been struggling with for a while, but could not properly capture. Why We Lie About Aid is one of those books. Full of pithy quotes, punchy anecdotes and insightful case studies, it draws upon an eclectic mix of ideas from across the social sciences to craft an argument that the public and institutional discourses surrounding aid and development interventions are reductive to the point of self-harm. That is both because they make aid spending a political football and because they force practitioners to focus on what can be measured. This prevents donors from seizing opportunities for transformational change in recipient countries and does a disservice to reformers who could use their support in contentious political struggles.
Yanguas, a practitioner and academic, begins by stating that he agrees with much of the criticism levelled at aid and development by the likes of James Ferguson, Tania Li and William Easterly. Yet, he does not subscribe to Dambisa Moyo’s conclusion that the system as a whole is ‘dead’. This is a defining feature of his approach, which is as much about showing how aid can drive longer-running transformational ‘episodes’, as it is explaining the reasons for its failings. However, before getting to this, he devotes the book’s first two chapters to grounding aid interventions and organisations in the politics of their donor countries. This allows him to show how aid can variously be the darling of, or scapegoat for, both right- and left-leaning politicians (think of David Cameron’s commitment to 0.7% and George Bush’s HIV/AIDS programmes). This arises because aid currently has no permanent electoral constituency past those that work in the sector and a small number of committed idealists. This makes it perfect fodder for politicians looking  to prove their credentials either as humanitarians, by increasing budgets, or as fiscal disciplinarians, by slashing them and imposing rigorous auditing procedures. The latter, Yanguas argues, has been the driving force behind a push towards the ‘results’ and ‘value for money’ agendas amongst some donors in recent years. Although taxpayers have a right to expect that their money be well spent, the contemporary need to quantify programmes’ impacts focuses practitioners on quick, technical wins or low-hanging fruit, such as infrastructure and service delivery programmes. This is more of a concern now that the payment of practitioners’ own contracts with donor agencies often relies on neatly demonstrating programmes’ successes. The effects of this can be seen within the public documents that aid organisations produce, which are stripped of political conflicts and of programmes’ failures, thereby removing the chance for honest conversations about the obstacles to development and negating opportunities for learning lessons. It is also present in evaluations’ focus on programmes’ quantifiable outputs, rather than their wider societal or political outcomes. Yanguas argues that this leaves ‘donor publics’ (taxpayers) with a superficial understanding of aid and forces the use of tools such as political economy analysis to the margins of programmes, where they cannot easily support ongoing interventions.
The book’s strongest chapters are the case studies of efforts to support anti-corruption bodies in Sierra Leone and Liberia. They are rich in detail and told through a persuasive style that moves back and forth between debates in the social sciences and events on the ground. For Sierra Leone, Yanguas shows how the United Kingdom’s Department for International Development’s (DFID) long engagement with the country’s Anti-Corruption Commission, its commitment to putting out sometimes explosive data and its location outside of the wider bureaucracy’s compromised accountability structures gradually changed what citizens expected of their political elites. For Liberia, he shows how an ever-expanding coalition of donors were, somewhat unwillingly, drawn into the country’s political conflicts through their sponsorship and tutelage of the General Auditing Commission. It was, however, ultimately unwilling to defend the Commission’s work when its head was replaced with an ally in 2011, overturning years of gains. In both cases, Yanguas shows how key individuals drove reforms with the support of donors, often at great risk to themselves, and how their combined actions had widespread, mostly unmeasurable, political ramifications: ‘whatever form aid takes, it will always have a profound effect on local actors, legitimising some and delegitimising others’.
The penultimate chapter further explores the ongoing struggles within donor organisations to ‘think and work politically’. It covers the emergence of bottom-up movements (mainly the PDIA and DDD groups) to rethink how aid is understood and delivered, and how they are increasingly being taken seriously. Most interestingly, he shows how DFID has, somewhat subversively, financially sponsored outfits within the notoriously technical World Bank to promote more politically attuned ways of approaching developmental challenges. In a startling later section, Yanguas turns his attention to the contribution of academics routinely celebrated by development studies departments, such as econometrician Daron Acemoglu and anthropologist Tania Li. He argues that their insights have very little practical application for ongoing reform processes in developing countries; something he declares ‘an abdication of the legitimate role that development scholars can play in advising officials or engaging in the public debate on aid’. Yanguas concludes with a rallying cry to reinterpret aid as ‘contentious development politics’ or, put another way, as an asset for disrupting entrenched elites. This is what I have long been struggling to articulate. Indeed, he is surely right that if we want to secure the future of aid and development, and ensure it has the potential to contribute to transformative change, we must begin with our own discourses around it. To do so, Yanguas argues, we should agree that both more markets and more state would be a good thing in most developing countries, thereby moving beyond tired left-right debates, and we should frame this as a moral imperative rather than a utilitarian calculation based on value for money. Abroad, we must support reformers, giving them the diplomatic cover and legitimation required to push through changes that threaten to upset debilitating status quos. We also must acknowledge that their actions and successes are unlikely to be measurable within five-year programme spans. This requires new ways of judging their intended and unintended impacts, with an eye to how they change others’ political calculations. Anything less, Yanguas argues, would be to let down brave individuals in difficult contexts and to continue to tell ourselves lies about the thing we call aid. I suggest that to get the ball rolling you should leave this book everywhere, from your friend’s bedside table, to DFID’s tea-room and the doorsteps of the Daily Mail.
This post first appeared on