Home What's our way out of faith-based public sector interventions? A conversation with Nick Manning

What's our way out of faith-based public sector interventions? A conversation with Nick Manning 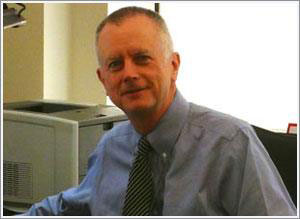 Nick Manning retired in December 2013 from the position of Head of the Governance and Public Sector Management group at the World Bank. During a visit to Manchester earlier this spring we managed to ask him a few questions about aid, donors, the public sector, and the potential for research to have a real impact.

Are large donors like the World Bank likely to remain relevant in the changing aid environment, especially given the rise of South-South cooperation?

Yes – the question is: relevant to whom, for what?  But I think they will remain relevant. Even with increased access to private lending, many low-income countries do depend on the predictability of World Bank financing; also its technical knowledge in key sectors is still regarded as really the best there is, so I think that for some time it will remain relevant.
I think the challenges are in middle income countries, where the pressures for borrowing are much lower, and where it’s also more arguable that there are other growing sources of information, of experience, in terms of some of the technical sector issues. So really, is there a huge role for a publicly funded body like the Bank across those rapidly growing middle-income countries? I think that’s where the question is, that’s where it’s less clear.

Technical knowledge seems evidently useful for some fields, but what’s next for public sector management as a development agenda?

I think that we’ve worried about the wrong thing in relation to public sector management, and in some ways we’re digging the hole deeper. We’ve worried about the effectiveness of public sector management interventions, and I think that’s a blind alley for two reasons.
First, there is some recent work at the Bank suggesting that at the project level, public sector management interventions do no worse than any other sector; the reason that in aggregate their score isn’t so good is because of the environments in which the Bank is asked to do them, which are often fragile or post-conflict.
Second, what we’re really unclear about is what these interventions at the public sector do for development outcomes: we understand very clearly that a weak public sector and ineffective state clearly can be a binding constraint on development, but that isn’t to say that therefore intervening directly in that state machinery will remove that constraint.
Ultimately we’re still faith based at a strategic level, so we’ve been seduced into focusing on the project level, whereas our actual problem is to do with our relevance and our contribution more strategically.

Once you introduce politics into the mix, can there really be a science of development, or are we talking about the art of development?

Yes and no. It’s very possible that some things really are broadly and consistently true in many settings, so probably not every single thing is contingent on context. If you look at Public Expenditure and Financial Accountability (PEFA) assessments, for example, then there’s a million criticisms that could be mounted, but they are probably broadly right in most contexts. They’re not right in every single detail, always and forever – so there’s a lot of art without doubt, but there is also a bit of science in there.
The problem that we’ve got right now with public management is that our articulation of the public sector production process and of our theories of change is very weak. In the old days when I first started in this business (a thousand years ago!) the assumed public sector production process was essentially that of vertically integrated hierarchies, commanding and controlling how things get done. Our theory of change was equally clear – “they don’t know how to do something, we’ll show them how to do it, it’ll be better and then everybody will be happier”. That’s it.
Then it turned out that both assumptions were pretty thin: we recognised that outcomes can be achieved in many more diverse ways than vertical service delivery, and that politics seemed to play a part in both whether an intervention worked in its own terms, and also whether the intervention working then mattered for development outcomes.
But we’re finding it hard to articulate coherently how we see production or change happening, given the significance of politics. The result can occasionally be a very large volume of words with a surprisingly small proportion of practical insights.

Who should be developing a theory of change: should it be researchers, or the practitioners who actually face the day-to-day challenges of implementation?

I think it’s got to be the researchers. The development industry is schizophrenic. It talks at two completely different levels, with very little articulation between the two. Donor strategies talk at the huge level of transformative change, while the actual interventions remain relatively modest and tightly bounded projects, because ultimately development agencies do projects. Practitioners within those agencies have incentives to keep talking at both those levels – the rhetoric gives a sense of grandeur and big change, while day-to-day promotions depend on activities at the project level.
The only people who I think can get us out of that unhelpful split between what we say and what we do are external actors and researchers, who can point out whether X is or isn’t helping, whether Y is or isn’t a feasible objective. Development agencies have no real incentive to fix that schizophrenia.

Thinking about researchers and academics who want to get the attention of a very noisy organisation like the World Bank, is there any advice based on your experience there, of how they can build their profile and get their research noticed?

Above all, I think you have to make the empirical basis clear. Share the data. All organisations like the Bank are somewhat inward looking – if the findings are not the product of Bank research itself, then maybe they don’t count quite as much. Large complex entities are sceptical about the findings of others: Bank research papers or documents overwhelmingly cite other Bank research papers and documents. So presenting  the original data and encouraging challenges and other interpretations is important.
A key point is to be clear that we’re not just presenting a conclusion, we’re presenting you with the empirics behind that, that you could review and challenge us, and that will be fine – if you can get a different conclusion from the same data, then that’s really interesting and let’s see where we go with that. So show your workings.

Looking at research aimed at public sector reform, what would be the key to getting research buy-in in this sector?

I think there’s an interesting question actually as to whether public sector reforms at the country level are influenced much by research right now. If we just look at OECD countries, where the availability of research findings on reforms is much richer, it’s not remotely clear that they’ve informed what’s happened in terms of the reform agendas.
The reform agendas are very much a political statement – “I want to be seen doing this” – it’s not at all clear that they involve “I want to be held accountable for achieving this” – that’s a different political piece. It’s very much about “I want to be seen to be doing something,” and I suspect that that’s a fairly universal phenomenon. So public sector reform in that sense is a political signalling device rather than a problem-solving device. I think, or at least hope, that there are two ways forward.
First, I think there’s potential in the sectors, where there is more technical concern about “can we get this stuff to work?” I think there are interesting opportunities for pumping out findings that would give, for example, regional health managers some argument for saying: “Unless you, Ministry of Finance, do this differently, we cannot improve the service we’re providing in rural health clinics.” I think you can get at the central agency problem in government, these core cross-cutting reforms, by coming from underneath and supplying information or research findings to sector people, rather than by going directly to senior policy makers themselves.
Second, I think that we have been slow to use networked software to help us in aggregating findings from the many thousands of reform programmes that are underway – with and without donor involvement. As I said earlier, here’s a lot of art but there is at least some science to this – but we can only learn if we start taking our interventions seriously as the experiments that they really are. We can’t and shouldn’t seek to impose order on the cacophony of reform efforts – but we can and should learn more from what is emerging. Conclusions that emerge from large-scale analysis might have more traction.

So what would be the most useful contribution from a research centre like ESID?

At the end of the day you need to keep in mind that split referred to within development agencies, between this lofty rhetoric and the actual reality of “here’s my project” and “here’s my logframe”. If we can move beyond the rather tired insights that it is the dynamics of political change that are really important, then the questions that we need to answer are: “What should the development industry do?” and  “How can external actors intervene in a way that’s productive?” So you need to understand the political dynamics, but not just understand them – you need to add the key question: What’s a useful intervention if any?