Home Does democracy cause growth?

Does democracy cause growth? 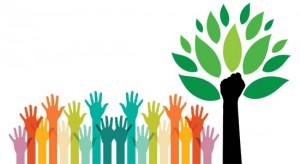 3 June 2016
This post first appeared on Ideas for India
Many analysts view democracy as a neutral or negative factor for growth. This column discusses new evidence showing that democracy has a robust and sizeable pro-growth effect. It finds that a country that switches from non-democracy to democracy achieves about 20% higher GDP per capita over the subsequent three decades.
A belief that democracy is bad for economic growth is common in both academic political economy as well as the popular press. Robert Barro’s seminal research in this area concluded that “More political rights do not have an effect on growth…The first lesson is that democracy is not the key to economic growth” (Barro 1997, pp. 1 and 11).
Some Indian commentators blame democracy for the persistence of poverty in the country, often drawing parallels with nearby China. Xinhua, the Chinese official press, agrees, writing that under democracy:
“China’s feat of becoming the first developing country to halve its population living in poverty would have never been accomplished….At best, China would have been another India, the world’s biggest democracy by Western standards, where around 20 percent of the world’s poorest live” (Xinhua, 10 March 2015).”
These arguments are echoed by American commenters such as New York Times columnist Tom Friedman, who argues:
“One-party autocracy certainly has its drawbacks. But when it is led by a reasonably enlightened group of people, as China is today, it can also have great advantages. That one party can just impose the politically difficult but critically important policies needed to move a society forward in the 21st century.”
In “Democracy Does Cause Growth ”, we present evidence from a panel of countries between 1960 and 2010 challenging this view. Our results show a robust and sizeable effect of democracy on economic growth. Our central estimates suggest that a country that switches from non-democracy to democracy achieves about 20% higher GDP (Gross Domestic Product) per capita in the long run (or roughly in the next 30 years). These are large effects, but not implausibly so, and suggest that the global rise in democracy over the past 50 years, of over 30 percentage points, has yielded roughly 6% higher world GDP.
Figure 1. Democratisation and GDP
There are several challenges in estimating the impact of democracy on economic growth. First, existing democracy indices are typically subject to considerable measurement error, leading to spurious changes in the democracy score of a country even though its democratic institutions do not truly change. Second, as shown in Figure 1, democratisations are preceded by a temporary fall in GDP. A reliable estimate of the impact of democracy on future GDP therefore needs to model and estimate the dynamics of the GDP process. Finally, even with year and country fixed effects, changes in democracy may be correlated with other changes or respond to current or future economic conditions (Acemoglu et al. 2005 , Brückner and Ciccone 2011), raising obvious omitted variable bias concerns.
We deal with all of these in our paper. We build on the important work by Papaioannou and Siourounis (2008)to develop a dichotomous index of democracy purged of spurious changes in democracy scores available in the standard datasets, and rely on this measure for most of our analysis. We use information from both the Freedom House and Polity datasets as well as other codings of democracies to resolve ambiguous cases. This leads to a 0-1 measure of democracy for 184 countries annually from 1960 (or post-1960 year of independence) to 2010.
Figure 2. GDP around a democratisation Note: The solid line is GDP around a democratisation, reweighted by the inverse propensity score of a country to democratise based on the last four years of GDP. The dashed lines represent 95% confidence intervals.
Importantly, we allow for and estimate explicit dynamics of (log) GDP using a number of different strategies. Given the pattern in Figure 1, our first strategy is to control for lags of GDP in linear regressions controlling for a full set of country and year fixed effects. In order to overcome any possible Nickell bias owing to lagged dependent variables, we show our results hold with GMM estimators proposed by Arellano and Bond (1991)and Hahn, Hausman, and Kuersteiner (2001). Our second strategy is to adapt to our panel context propensity-score-based matching estimators proposed in Angrist and Kuersteiner (2012) and Angrist, Jordà, and Kuersteiner (2013), to correct for the effects of GDP dynamics. The propensity score re-weighted data can be seen in Figure 2.
We predict the probability of democratising based on fouryears of GDP, and then re-weight country-years so that we are effectively comparing the path of GDP following a democratisation with the path of GDP following an ‘almost democratisation’, those countries that look likely to have a transition based on the trajectory of prior GDP. As Figure 2 shows, there is no difference in the years prior to the democratisation (even those years not used to predict the propensity score) but the large difference in GDP in the subsequent years shows that the increase in GDP in Figure 1 is not merely an artifact of the dynamics of GDP in the years preceding a political transition.
Finally, in addition to controlling for country and year fixed effects, we use an instrumental-variables (IV) strategy to overcome omitted variable bias. Inspired by Samuel Huntington’s work documenting waves of democracy, we develop an instrument for democracy based on regional waves of democratisation (Persson and Tabellini 2008 develop a similar instrument for “democratic capital”). Our identification assumption is that democratisation in a country spreads to other non-democratic countries in the same region, but does not have a direct differential impact on economic growth in these countries (at least conditional on lagged levels of country and regional GDP, and various covariates that could be correlated with country-level GDP at the year, region and initial regime level). These IV estimates yield long-run effects quite close to our main estimates.
We also re-estimate our results using a variety of other democracy measures used in the literature. We find that when dynamics are not accounted for, the signs and significance of the coefficients vary widely. However, when lags of GDP are included as controls, all the other democracy measures yield positive coefficients. In addition, the IV coefficients are much larger than the Ordinary Least Square (OLS) coefficients compared to our measure, suggesting that we have reduced the measurement error in the democracy variable.
What about the common view that democracy isn’t right for low-income countries? The pages of The New York Times again is a good guide to public opinion, this time in the words of David Brooks defending the Egyptian military coup:
“It’s not that Egypt doesn’t have a recipe for a democratic transition. It seems to lack even the basic mental ingredients.”
Judge Posner also agrees with this conclusion and writes:
“Dictatorship will often be optimal for very poor countries. Such countries tend not only to have simple economies but also to lack the cultural and institutional preconditions to democracy.”
Is there any evidence that democracy is only good for already developed economies? The answer is no. Though we do find that democratisations are associated with larger increases in GDP per capita in countries with higher levels of secondary schooling, there is no evidence that democracy is bad for economic growth in low-income economies or even in economies with low levels of schooling.
So why does democracy increase growth? Our strategy is not well suited to disentangling particular mechanisms, but we attempt to disaggregate both dimensions of democracy and proximate determinants of growth. When we disentangle what components of democracy matter the most for growth, we find that civil liberties are what seem to be the most important. We also find positive effects of democracy on economic reforms, private investment, the size and capacity of government, and a reduction in social conflict. Clearly all of these channels by which democracy can increase economic growth, and a great deal of further research is needed. Together with our previous work showing that democracy had no effect on inequality, these results suggest the interaction between democratic institutions and the level and distribution of income is more complex than the previous literature suggests.
A version of this column also appeared on VoxEU.org.
Further Reading