Home Open access book: Read an extract from The Politics of Social Protection in Eastern and Southern Africa

21 November 2019
New, open access book on The Politics of Social Protection in Eastern and Southern Africa has been edited by ESID’s Sam Hickey, Tom Lavers, together with UNU-WIDER’S Miguel Niño-Zarazúa, and Jeremy Seekings of the University of Cape Town. The book challenges existing accounts of how social protection has spread in Africa. The common assumption is that the popularity of social protection programmes in African countries has been entirely driven by international development agencies. But this book instead focuses on the role of political dynamics within specific African countries.
This extract from from the book’s introduction sets out how the driving force for reform has been where social assistance is incorporated as an element of the political survival strategies employed by domestic political elites to build regime legitimacy, secure political allegiance, or win electoral support: 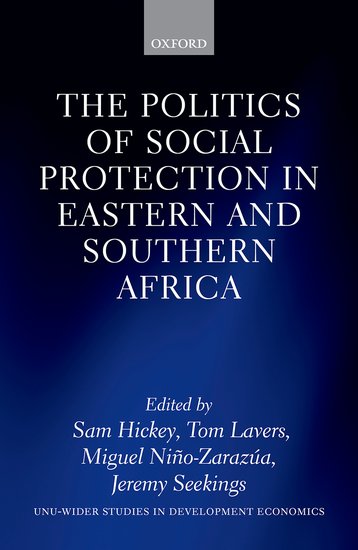